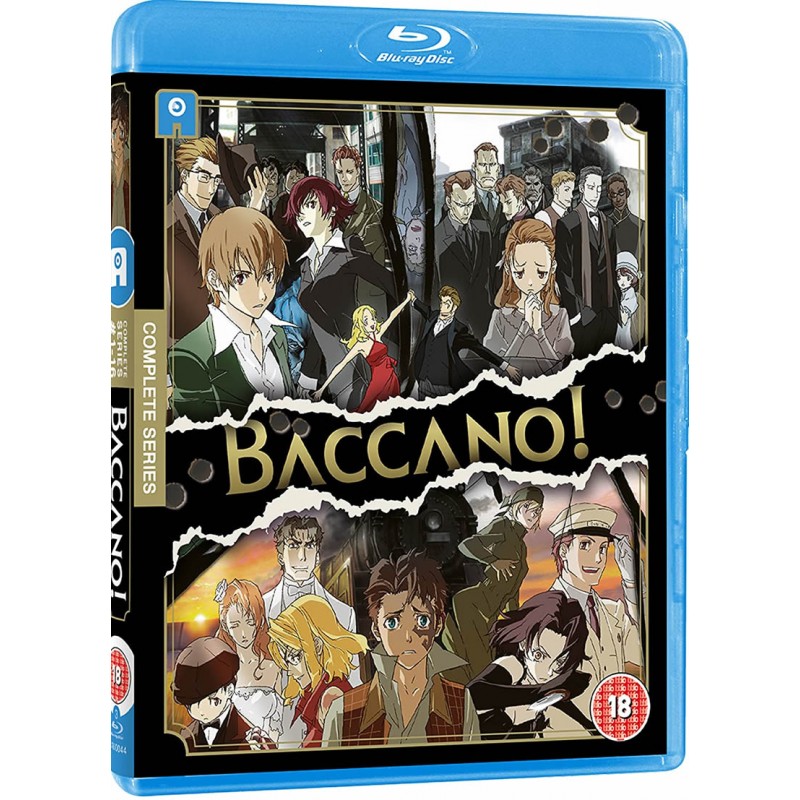 £39.99
£31.99 Save 20%
Publisher: Anime Ltd
Released: May 2nd 2016
Classification: 18
Language: English, Japanese
Subtitles: English
Running Time: 400mins
Don't let nobody tell you there's no future in a life of crime, because some rackets can last forever. But we'll get around to all that immortality jazz later. A mafia turf war is raging on the mean streets of the Big Apple, a place where regular joes bounce between backdoor booze joints and the breadline. But this caper ain't about a simple gangland brawl. It's about hoods who can't seem to die proper after catching a bullet or five between the eyes. Sadistic hit-men and the dames they love, mad bombers going boom, monsters going bump and soul sucking alchemists bootlegging an elixir of eternal life.

Just remember, Baccano! ain't about beginnings and ends. It's about the twists and turns, bub. Paths don't cross in this story - they collide. Every Dick and Jane plays the lead and it's gonna be a bumpy ride.