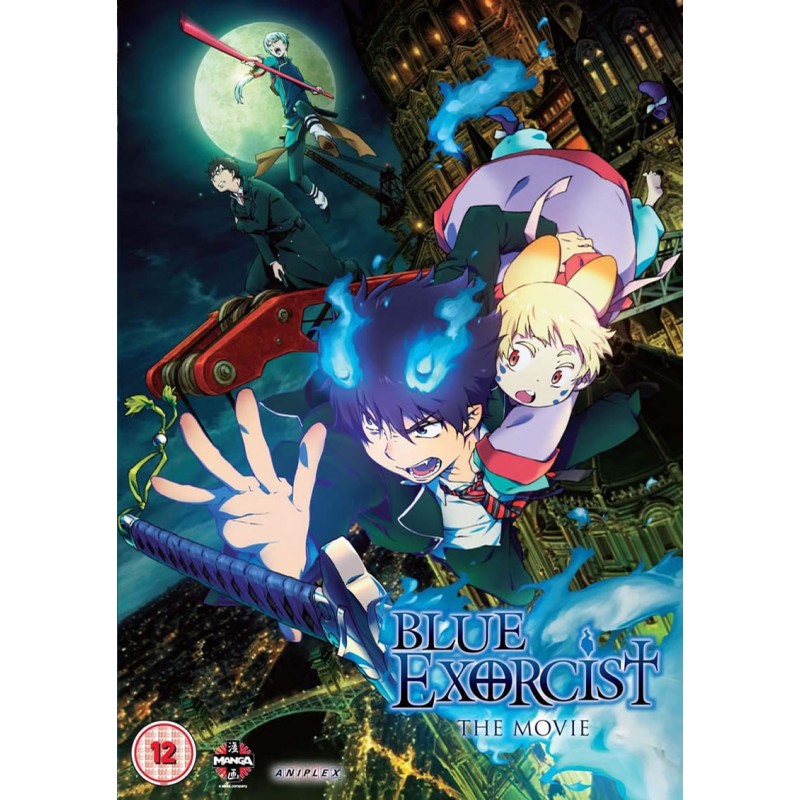 £19.99
£15.99 Save 20%
Publisher: Manga
Released: May 26th 2014
Classification: 12
Language: English, Japanese
Subtitles: English
Running Time: 88mins
When his adopted father, Shiro Fujimoto, was killed by his biological father, Satan, Rin Okumura swore to become an exorcist to avenge Shiro's death declaring war on his own blood-relatives of the underworld...

Everyone is in the midst of preparing for a festival which is celebrated once every 11 years in True Cross Academy Town. However, behind the scenes in the shadows, a "Phantom Train" goes berserk while the barriers protecting the town from demon intrusions are under repair. Rin, Yukio, and Shiemi are sent to exorcise the Phantom Train, but as usual Rin complicates the situation.

Amidst the chaos, Rin meets a demon in the form of a young boy. Meanwhile, Cheng-Long Liu, a Senior Exorcist First Class from the Taiwan Branch joins Shura in the repair operation and the story takes an unexpected turn as all their fates cross...