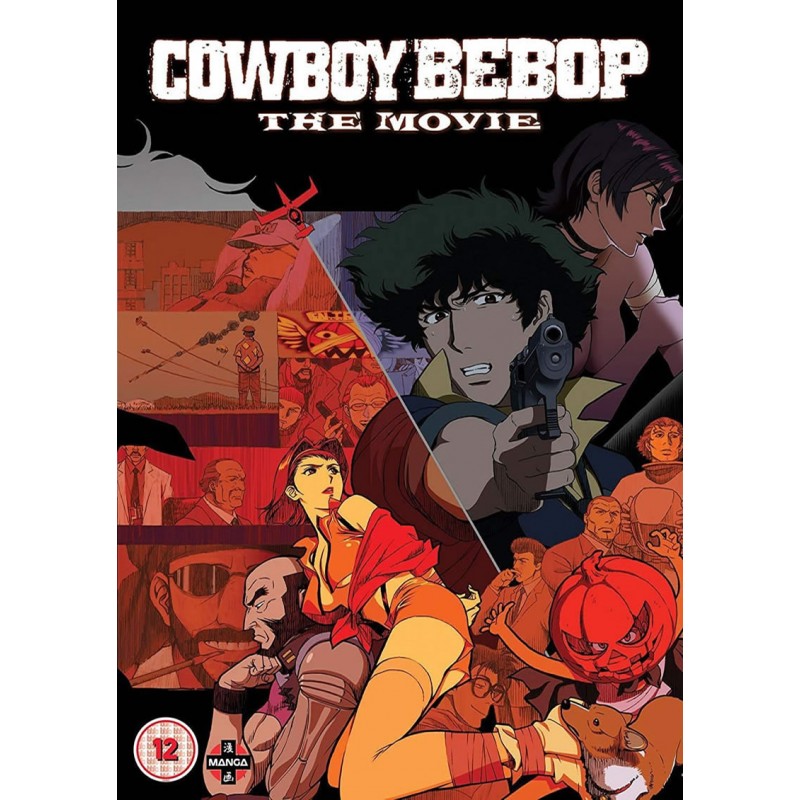 £9.99
£7.99 Save 20%
Publisher: Manga
Released: September 24th 2018
Classification: 12
Language: English, Japanese
Subtitles: English
Running Time: 115mins
Mars. Days before Halloween 2071. Villains blow up a tanker truck on Highway One, releasing a deadly virus that kills hundreds. Fearing a bigger, even more devastating biochemical attack, an astronomical reward is offered for the arrest and capture of the person behind the destruction. On the spaceship "Bebop," Spike Spiegel and his crew of bounty hunters (Jet Black, Faye Valentine, Ed and Ein) are bored and short of cash. But with the news of the reward everything changes.

Based on the wildly popular TV series, Cowboy Bebop, the big-screen smash Cowboy Bebop: The Movie pits Spike and Co. against their deadliest adversary ever. Featuring stunning, state-of-the-art animation, this action-packed sci-fi adventure builds to a breath-taking, nail-biting climax, guaranteed to keep you hanging on the edge of your seat.