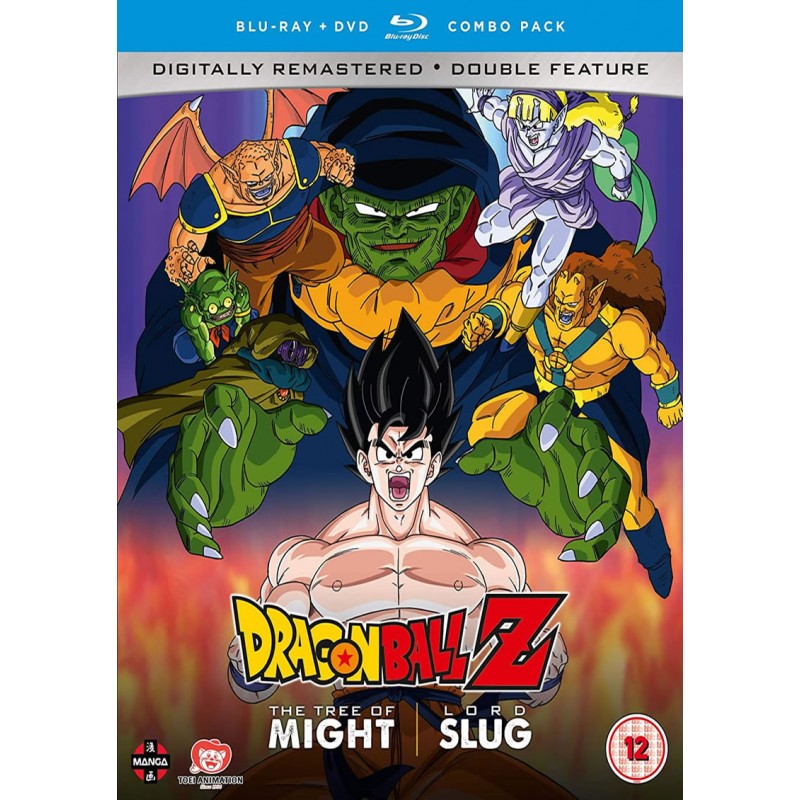 £24.99
£19.99 Save 20%
Publisher: Manga
Released: November 27th 2017
Classification: PG
Language: English, Japanese
Subtitles: English
Running Time: 105mins
The Tree of Might
The Earth's destruction lies dormant within a single, solitary seed. Brought forth from the darkest reaches of space, the Tree of Might has been sown with the vilest of intentions. Once it takes root, nothing else can survive. A plant designed to drain the energy of a planet, it steals the very essence of life only to blossom in death and desolation.

Unable to fell this mighty threat, Goku and the Z Warriors must instead confront the harbinger of the evil, a Saiyan bearing an uncanny resemblance to our hero: Turles. This new enemy kidnaps Gohan and sets the son against the father, a tragedy which only delays the inevitable fight. As Goku finally faces off against his deplorable double, Turles turns to the thieving tree...

This is the story of hope untapped.

Lord Slug
Once again called upon to save their planet from disaster, Goku and Krillin race to head off a giant asteroid on a collision course with Earth. The threat deflected, their home is saved... Or is it?

A greater menace looms in the shadows; a being so evil that he was banished from his old world and now seeks to create a new one of his own. Lord Slug, prepared to dominate by freezing all opposition, seeks out the seven Dragon Balls. Fully restored to youth and more powerful than ever, the Z Warriors soon prove no match for this ancient enemy, a Namekian with abilities from lore and legend. As Goku falls, another must step up before all is lost.This is the story of legend and loss.