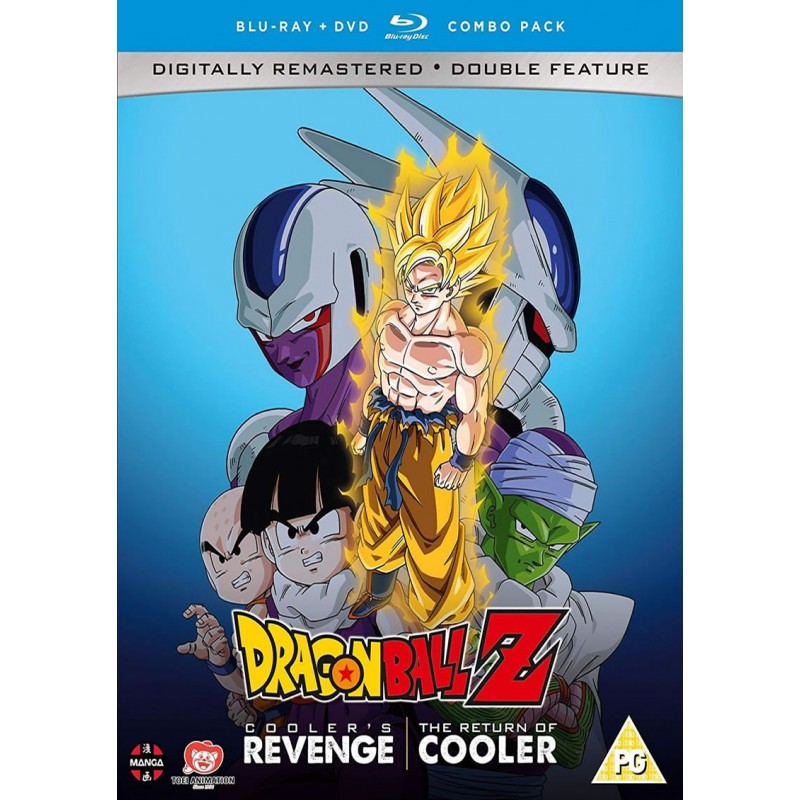 £24.99
£19.99 Save 20%
Publisher: Manga
Released: December 26th 2017
Classification: PG
Language: English, Japanese
Subtitles: English
Running Time: 109mins
Cooler's Revenge
Saving the universe can be tiring business! So after their big battle with Frieza on Namek, Goku, Gohan, Krillin, and Oolong decide to take a little camping trip for some rest and relaxation back on Earth. But their peaceful weekend is soon interrupted by a menacing force. Frieza has a brother: Cooler! And with his powerful Armored Squadron, he has come to Earth seeking revenge.

Cooler will not rest until the man who destroyed his brother is vanquished, even if that means blowing up the entire planet! Goku was able to tap into his hidden powers and transform into a Super Saiyan once before. The question is, now that the Earth is threatened by Frieza's older (and stronger) brother, can he do it again?

The Return of Cooler
New Namek is besieged by an enormous evil entity - the Big Gete Star - a "living planet" of metal that sustains itself by devouring entire worlds. Fearing for the existence of his people, Dende, the new guardian of Earth, turns to Goku and his friends for help.The Z-Fighters spring into action in an effort to save the new Namekian home world from this invading menace, but their fight won't be easy! The Big Gete Star has an army of powerful Cyclopean Guards at its disposal, and what's more, at the heart of this metal giant lurks an old enemy... Cooler!