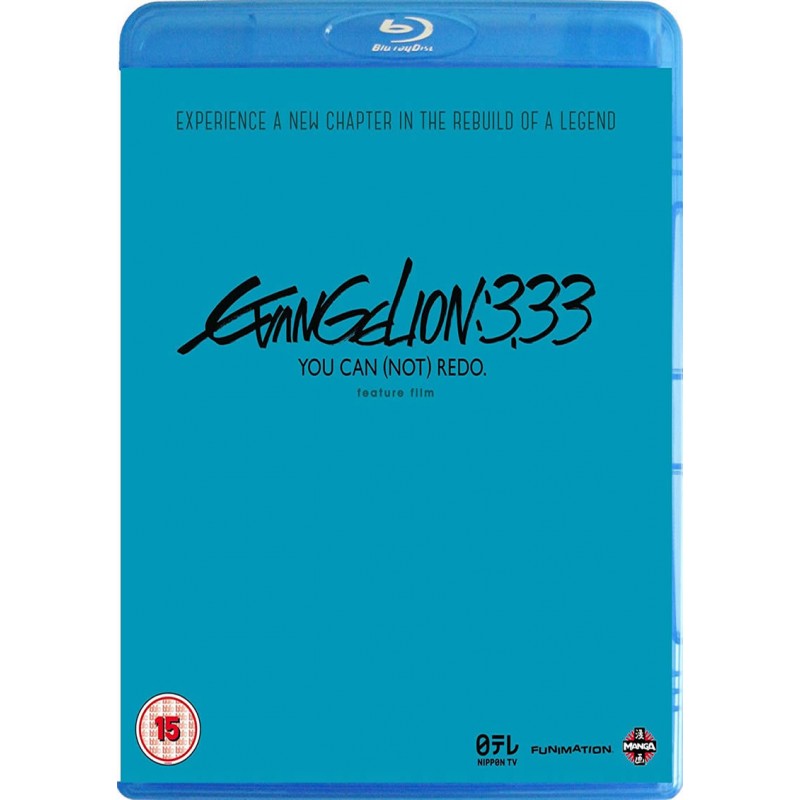 £22.99
£17.99 Save 21.74%
Publisher: Manga
Released: February 29th 2016
Classification: 18
Language: English, Japanese
Subtitles: English
Running Time: 99mins
After the 'Third Impact', Shinji awakens to an existence he does not recognise. Earth lies in ruins. Those he once fought valiantly to protect have cruelly turned against him. With Rei Ayanami nowhere to be seen, could his efforts to save her have been in vain - and what friendships can he now rely on? Trapped in a harrowing cycle of death and rebirth, Shinji continues to courageously battle the Angels - even as the world spirals toward a tragic end. Evangelion 3.33: You Can (Not) Redo, is the third feature-length film in creator Hideaki Anno's rebuild of the ground-breaking 1995-1996 anime series, Neon Genesis Evangelion. Following on from the cataclysmic finale of Evangelion 2.22: You Can (Not) Advance, the third film takes the Evangelion storyline in a startling new direction. With its heady mix of cutting-edge animation spectacular giant robot action, heightened emotion and deep philosophy, Evangelion 3.33: You Can (Not) Redo is an absolute must see experience!