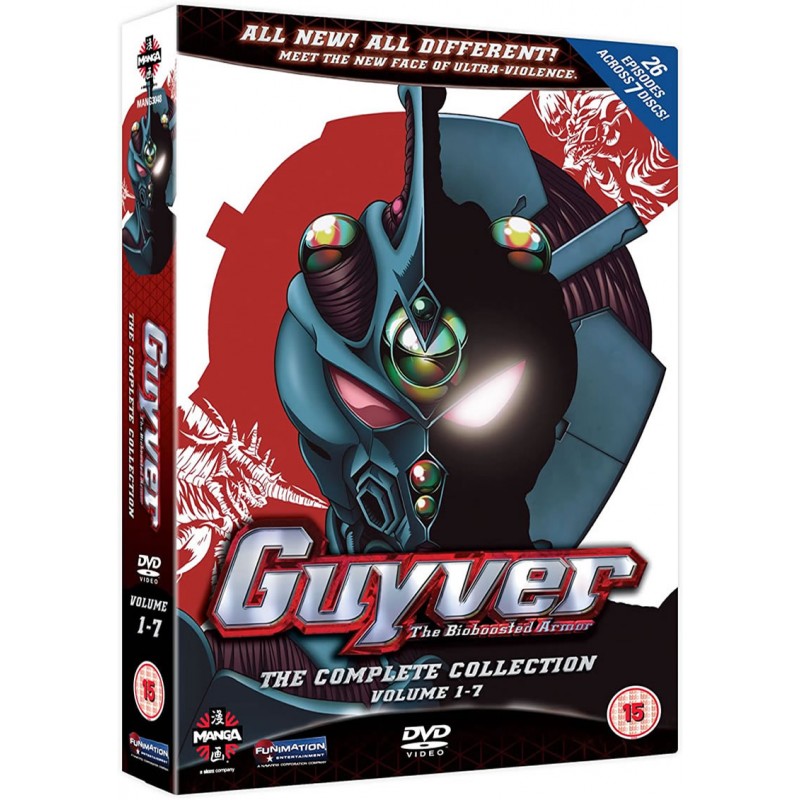 It is a world controlled by a sinister brotherhood who hide their fangs behind masks of humanity, known as the Chronos Corporation. While investigating a mysterious explosion near his school, Sho Fukamachi happens upon the Chronos Corporation's greatest weapon: a techno organic suit of bio armor known as "the Guyver." But Chronos is determined to conceal their secrets at any cost. Sho soon finds himself relentlessly pursued by its army of horrific bio-monsters. With nowhere to run, Sho is forced to call upon the fearsome power of the Guyver and rip his opponents limb from limb in a desperate struggle for survival.