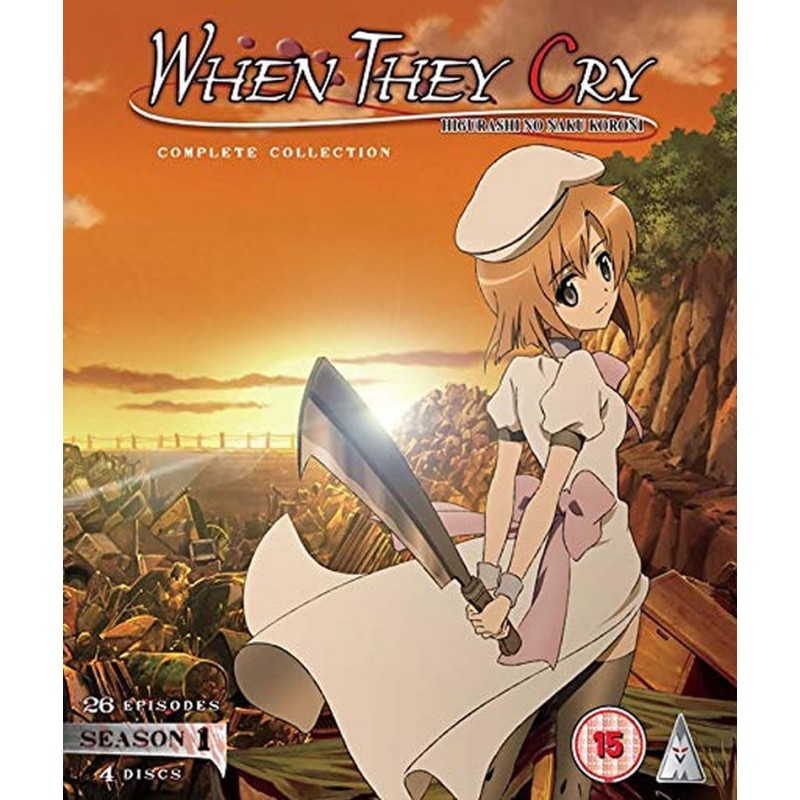 Moving to the picturesque town of Hinamizawa is going to be a big adjustment for Keiichi. For all its beauty, it's also tiny... so small that there's only one school, one where most of the students have known each other all their lives.

Fortunately, he soon meets four girls... Rena, Mion, Satoko, and Rika, who're willing to let the new guy in town join their afterschool club. And for a while, things seem wonderful. Until Keiichi starts discovering strange things, like the project manager for a controversial dam project being found dismembered five years ago.

As he digs deeper, there are whispers and rumors of other murders and disappearances, stories of a town curse, and mysterious rituals. And then people he knows start to die. What secrets have the people of Hinamizawa kept hidden from the rest of the world? And could his new friends somehow be involved? The shocking answers will be revealed When They Cry!