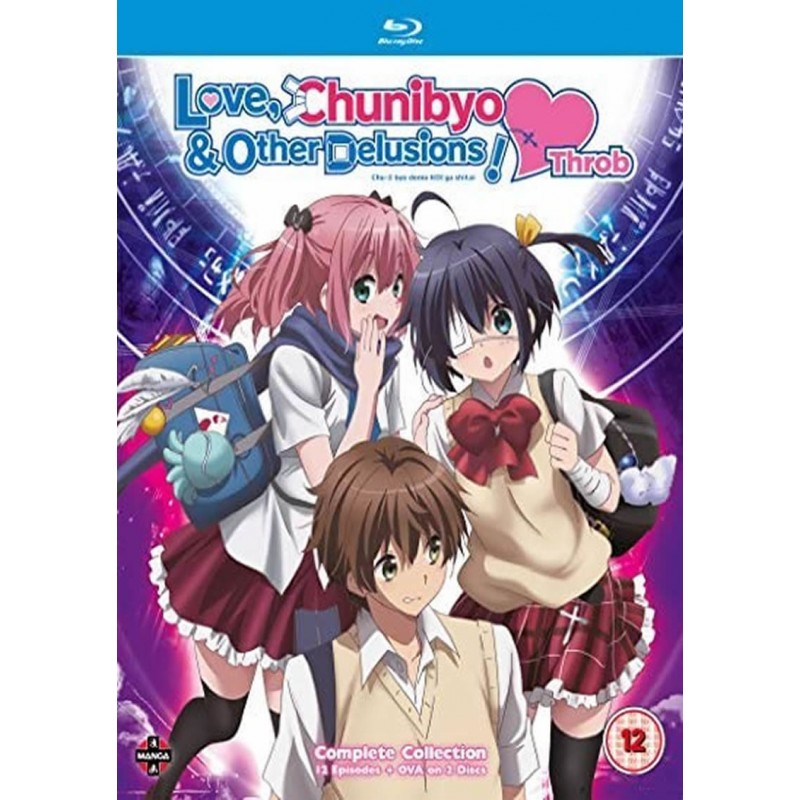 £34.99
£27.99 Save 20%
Publisher: Manga
Released: February 27th 2017
Classification: 12
Language: English, Japanese
Subtitles: English
Running Time: 300mins
Yuta Togashi thought he had problems dealing with one delusional girlfriend in the person of Rikka Takanashi, but now things are about to go totally insane as his former "one true soul mate" from when he was a chuni himself returns with a vengeance! So how bad is Satone Shichimiya's re-entry into Togashi's chuni-verse likely to be? Let's just say that she's so epically off the deep end of the chuni-scale that she prefers to use the name Sophia Ring SP Saturn VII and that she'll joyfully tear Togashi's real world to pieces in order to get him back in her imaginary one!

Some girls just want to have fun and some want to break down the walls between their boyfriends and themselves. But when a girl's idea of fun is breaking down the wall between their presumed boyfriend and reality, retreating into a fantasy world might just be Togashi's best option. Especially since Satone knows where ALL the skeletons from his past are buried. Toss Rikka's equally delusional friend Sanae into the mix and girl-crazy begins to take on a whole new meaning!