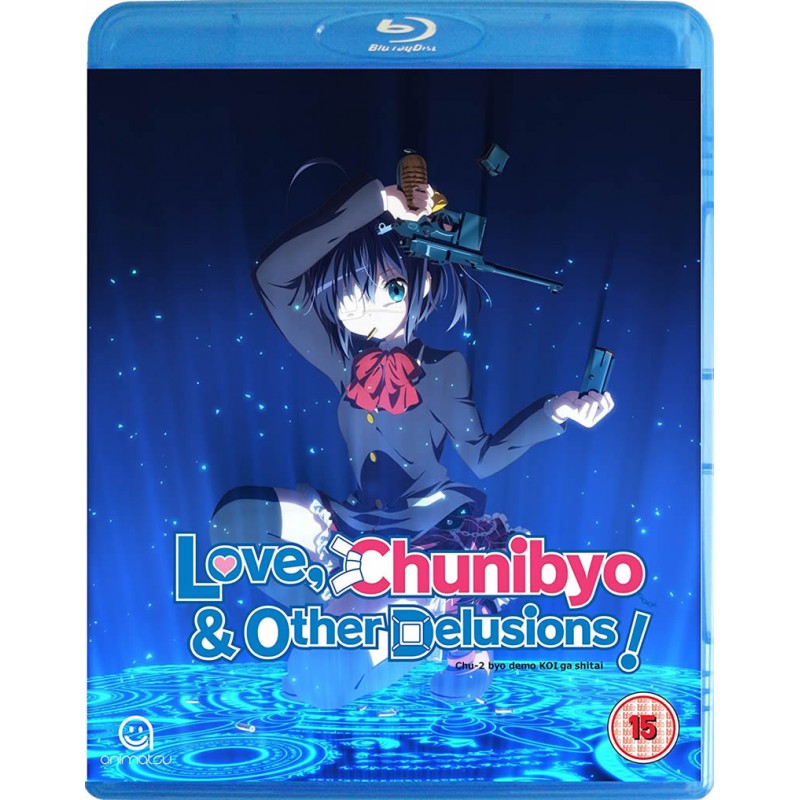 £39.99
£18.99 Save £21.00
Publisher: Animatsu
Released: September 7th 2015
Classification: 12
Language: English, Japanese
Subtitles: English
Running Time: 325mins
Yuta Togashi has a problem. He used to be a "chunibyo," one of the thousands of Japanese students so desperate to stand out that they've literally convinced themselves that they have secret knowledge and hidden powers. But now that he's starting high school, he's determined to put aside his delusions and face life head on. The trouble is Rikka Takanashi, his upstairs neighbor, is just a little bit delusional herself. And she knows all about his past indiscretions. Yuta thought his delusions were all behind him. Now he's not so sure. "Crazy in love" gets a whole new meaning as fantasy worlds collide!