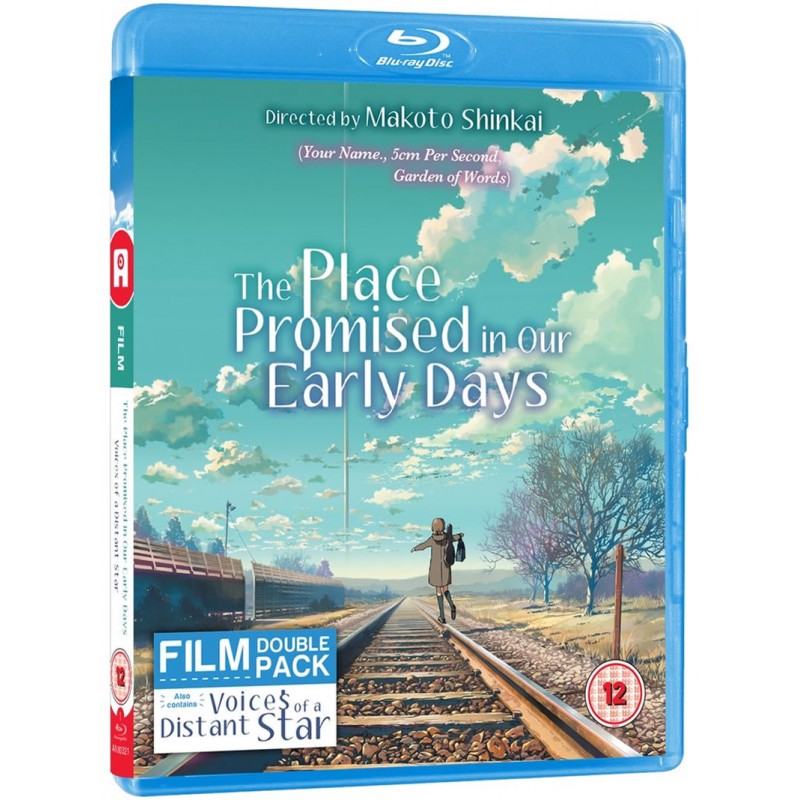 £19.99
£15.99 Save 20%
Publisher: Anime Limited
Released: July 30th 2018
Classification: 12
Language: English, Japanese
Subtitles: English
Running Time: 116mins
Contains both 'The Place Promised in our Early Days' and 'Voices of a Distant Star' with both the English dub and the original Japanese track with English subtitles.

The Place Promised in our Early Days

Hiroki, Takuya and Sayuri are two young boys and a girl living in Aomori, the closest province in Honshu to Hokkaido. These three young classmates become fascinated by the gigantic yet mysterious tower that they see across the Tsugaru Strait, promising that one day they will build and fly an aircraft to the tower and unravel its mystery.

Voices of a Distant Star

A young pilot named Mikako volunteers to be sent on a journey through space to join the fight against a hostile alien race. Leaving behind the man she loves, her only means of contact with him is via text message, which take longer to reach him the further she travels from Earth.