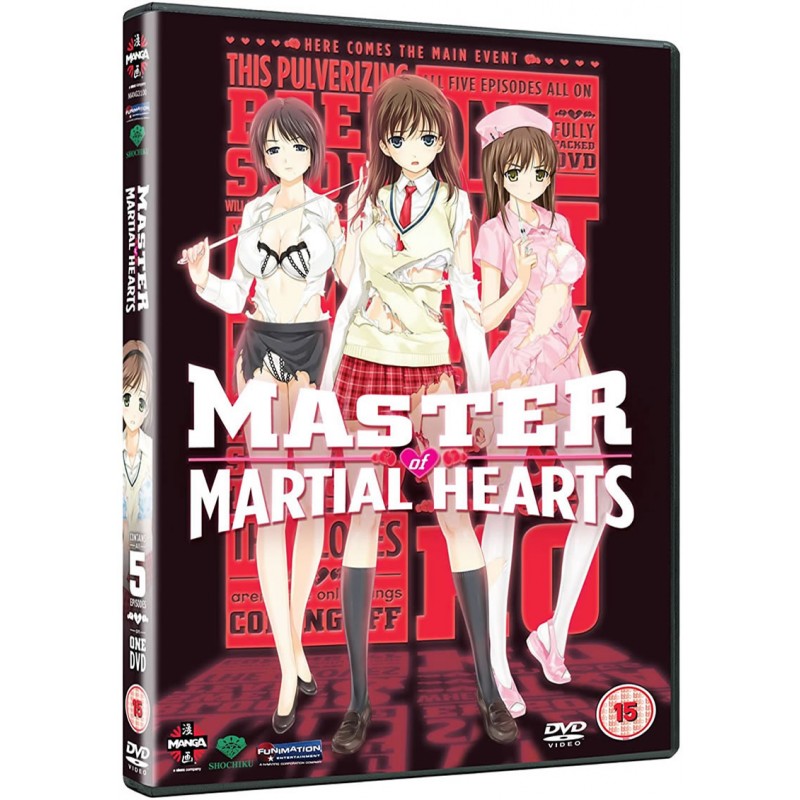 £19.99
£15.99 Save 20%
Publisher: Manga
Released: April 11th 2011
Classification: 15
Language: English, Japanese
Subtitles: English
Running Time: 150mins
Aya Iseshima's carefree existence takes a bone-crushingly violent turn when she wanders into the midst of a sadistic, girl-on-girl martial arts tournament. Her freshly-pressed school uniform doesn't stand a chance of surviving this pugilistic peep show, but Aya's outto prove that she can take a pounding just as well as the other knock outs in this clandestine competition. If she manages to survive a series of fabric-shredding fights with titillating teachers, sultry stewardesses, and mesmerizing maidens of the moe variety, Aya's every wish will be granted by a mysterious jewel known as the Platonic Heart. But if she goes down for the count, she'll join the growing ranks of brutally bruised yet resiliently buxom beauties that are never heard from again!