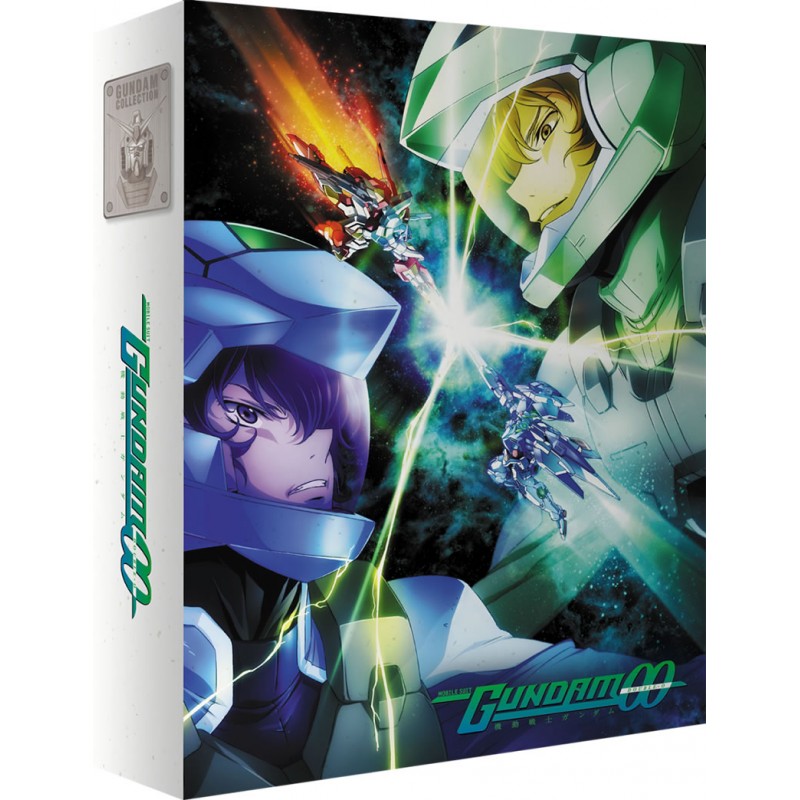 Film: A Wakening of the Trailblazer:2314 A.D. The new government of the Earth Sphere Federation is carrying out a program of peaceful reconciliation and preparing for the appearance of the Innovators who will lead the human race into a new era. But the return of a derelict Jupiter exploration ship marks the beginning of an unprecedented crisis. What are the alien entities known as Extraterrestrial Living-metal Shape-shifters? What do they want? And will Setsuna F. Seiei and his fellow Gundam Meisters be able to answer these questions before humanity is wiped out?

Mobile Suit Gundam 00 OVAs:Through destruction, Celestial Being will bring rebirth to the world.Eradicating war by means of armed interventions. The year is 2307 AD. As three superpowers, the Union, the Human Reform League, and the AEU, are vying for global influence, the private armed organization “Celestial Being” suddenly appears.Celestial Being, using the mobile weapon “Gundam” in an attempt to eliminate war, brings astonishment and chaos to the people of the world with its contradictory actions. Before long, it begins to provoke even hatred and anger. However, this will become the power to compel the world into a drastic reformation.

This set comes packed in a rigid case, with an Amaray to hold the 4 Blu-ray discs. Also included are 7 art cards.