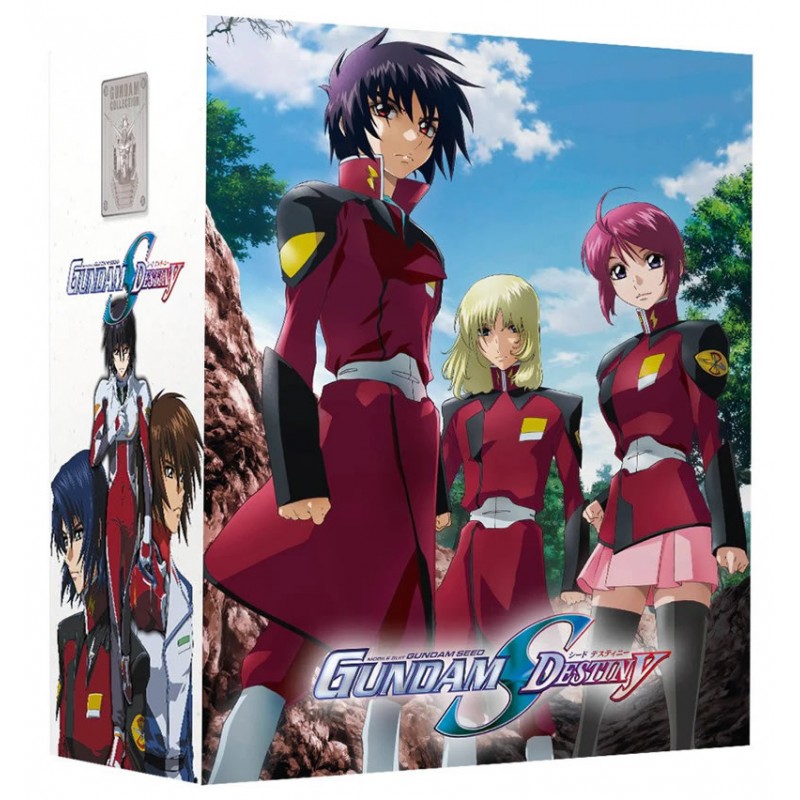 All the contents listed below will come neatly packed in an outer rigid case.

• Inside that will be a rigid case to house the HD Remaster version of the series. All the discs containing these episodes will be house inside two amaray cases that fit into the rigid case.

• Also inside will be another rigid case to house the Standard Definition version of the series & the Stargazer OVA disc. These discs will be house across two amaray cases that fit into the rigid case.

• 13 art cards depicting some of the great art created for the series.

• And a whopping 164-page artbook divided into 3 sections: Character, Mecha, and Gallery.

~ The Mobile Suit Gundam SEED C.E. 73: Stargazer OVA series on Blu-ray – a never before released three-episode side story from the universe of Gundam SEED

The year is Cosmic Era 73. The Bloody Valentine War, fought between the PLANTS space colonies and the nations of the Atlantic Federation, has ended and an uneasy truce has settled upon the Earth sphere. With the signing of the Junius Seven Treaty, the world's soldiers have left the battlefield and the grizzly sights of war behind. Many who fought now seek peace and refuge in the shelter of civilian life.

But one boy, Shin Asuka, is finding that incredibly hard. A coordinator who lost his entire family during the Battle of Orb, he now fights with ZAFT in one of their newest machines, the Impulse Gundam. Of course, ZAFT is only developing these machines for defensive applications - or so they claim - but when a group of Federation operatives steal some of these prototype machines, the world is once again plunged towards war.