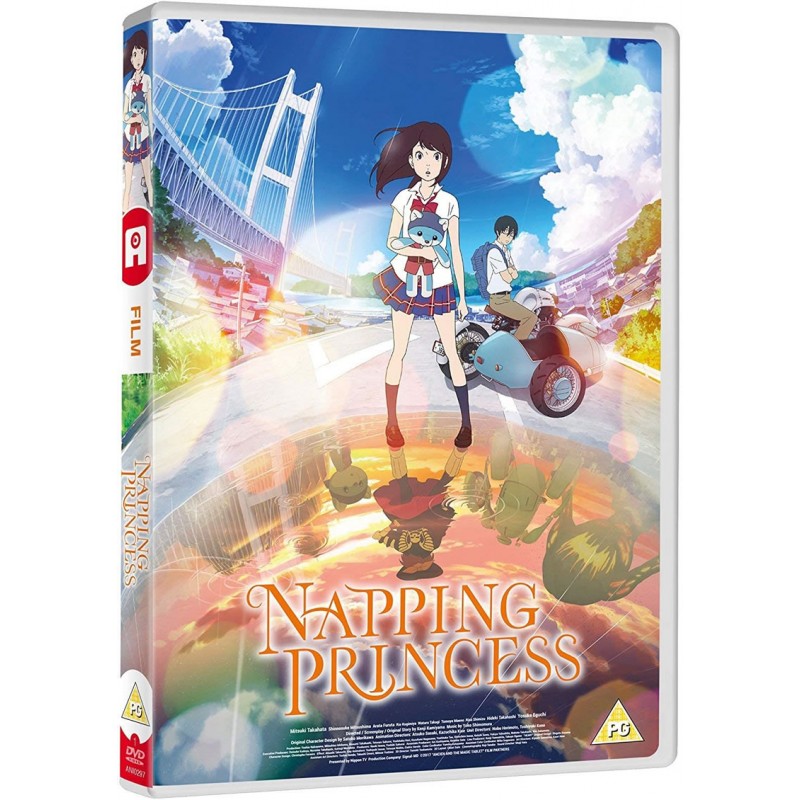 £17.99
£13.99 Save £4.00
Publisher: Anime Ltd
Released: March 19th 2018
Classification: PG
Language: English, Japanese
Subtitles: English
Running Time: 110mins
The year is 2020, three days before the opening of the Tokyo Olympics. While she should be studying for her exams, Kokone Morikawa is often dozing off, stuck between reality and a dream-world full of fantastic motorized contraptions. But after her father, a talented but mysterious mechanic, is arrested for stealing technology from a powerful corporation, it’s up to Kokone and her childhood friend Morio to save him. Together they realize that Kokone’s dream-world holds the answers to the mystery behind the stolen tech, and they embark on a journey that traverses dreams and reality, city and country, and past and present. Their mission uncovers a trail of clues to her father’s disappearance and ultimately a surprising revelation about Kokone’s family.

From visionary director Kenji Kamiyama (Ghost in the Shell: Stand Alone Complex and Eden of the East) comes a sci-fi fantasy that effortlessly weaves together the rapidly evolving technology of today’s world with the fantastic imagination of the next generation. With an ambitious mix of multilayered action, whimsical characters and inventive machines, Napping Princess is a genre- and universe-blending film that shows that following your dreams is sometimes the best way to discover your past.