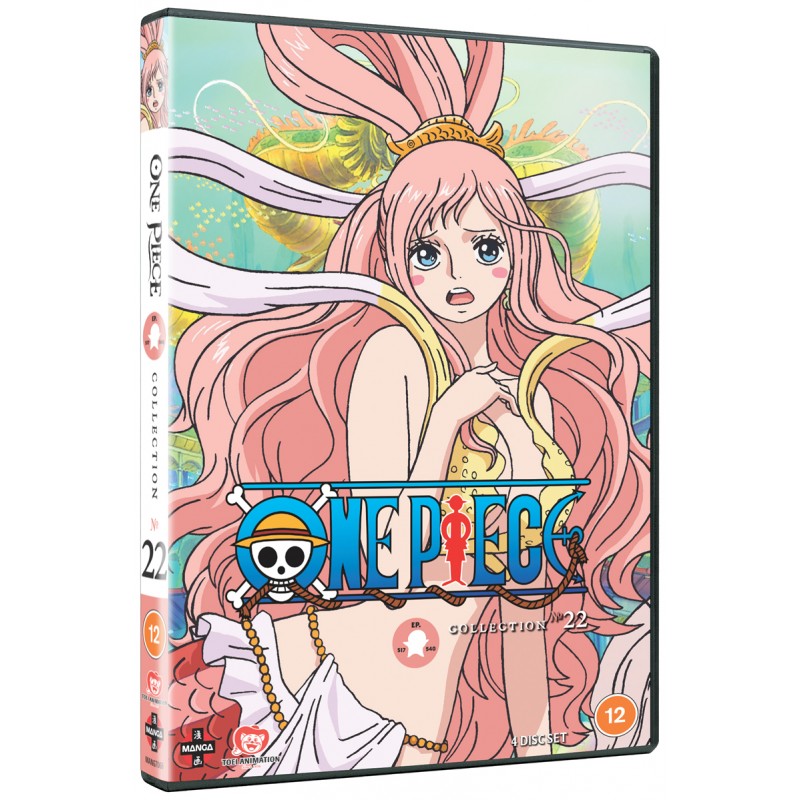 One Piece Collection 22 contains anime episodes 517-540 of the anime directed by Hiroaki Miyamoto.

Armed with newfound strength, the Straw Hats reunite in Sabaody Archipelago and begin their journey to the New World. Heading underwater, they’ll have to take on the cantankerous creatures of the deep sea before reaching their next stop—Fish-man Island. After a rough landing scatters the pirates, a good deed earns them an invitation to the royal palace. Everything goes swimmingly until a psychic’s prophecy turns the whole island against Luffy and his crew. Backs to the wall, their honorable hosts become their hostages, and the timing couldn’t be worse. The New Fish-man Pirates have allied with the infamous Decken to siege the palace.