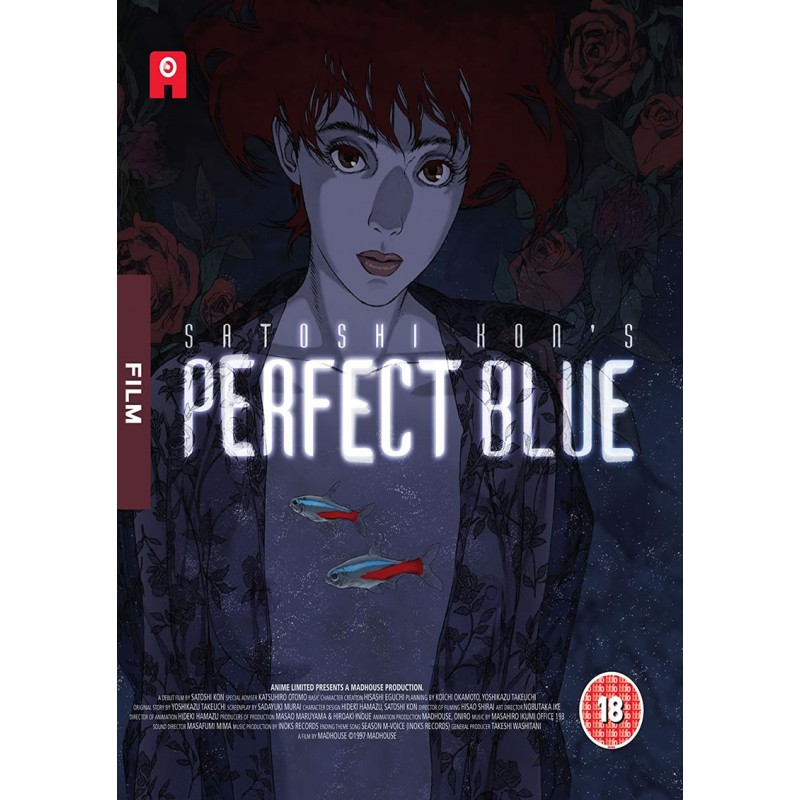 One of the most ambitious animated films to come out of Japan (or anywhere, for that matter), Perfect Blue is an adult psycho-thriller that uses the freedom of the animated image to create the subjective reality of a young actress haunted by the ghost of her past identity. Mima is a singer who leaves her teeny-bop trio to become an actress in a violent television series, a career move that angers her fans, who prefer to see her as the pert, squeaky-clean pop idol. Plagued by self-doubt and tormented by humiliating compromises, she begins to be stalked, in her waking and sleeping moments, by an accusing alter ego who claims to be "the real Mima", until she collapses into madness as her co-workers are brutally slain around her.

Director Satoshi Kon, adapting the novel by Yoshikazu Takeuchi, shows us the world from her schizophrenic perspective: days blur, dreams cross over into the waking world, the TV show blends into her real life, until her life merges with her part and she can't separate the ghosts from the real-life stalkers. Though the pat ending sweeps the psychosis and anxiety away with nary an emotional scar, it remains a smart, stylish thriller and one of the most intelligent and compelling uses of animation in recent years. Though tame by the extreme standards of "adult anime", there is nudity and a few sexually provocative scenes, and the animation is detailed and stylised.