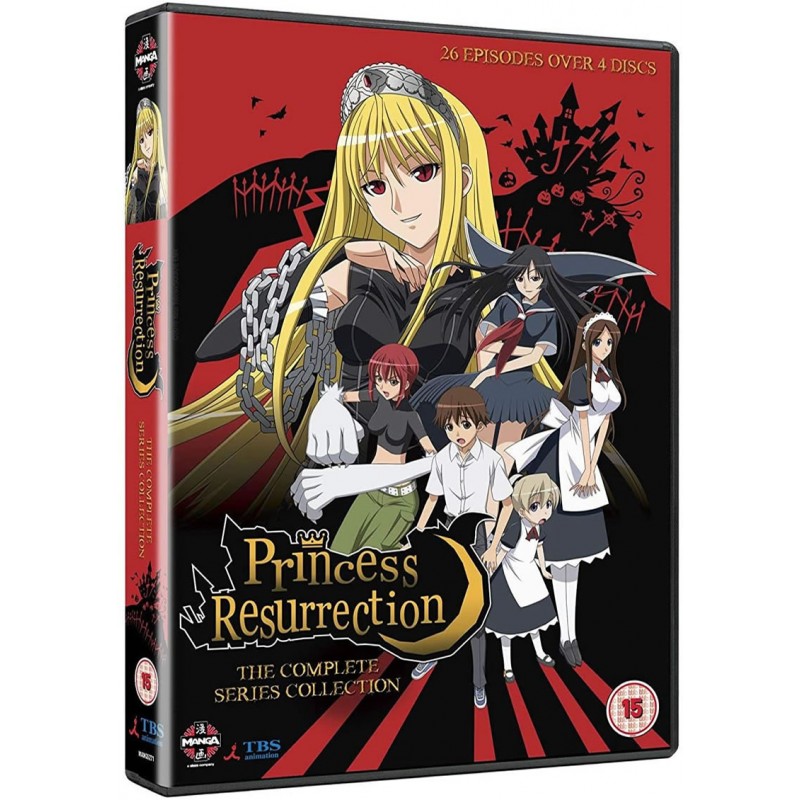 £49.99
£39.99 Save 20%
Publisher: Manga
Released: September 10th 2012
Classification: 15
Language: English, Japanese
Subtitles: English
Running Time: 650mins
She's a hot Goth vixen with a jones for swords, chainsaws and mace balls. And it's a good thing she's handy at using them all, because every zombie, vampire, mummy and demon spawn is gunning for her. But weapons aren't the only thing Princess Resurrection has going for her. She's got a team of ass-kicking darksiders right beside her: a pint-sized android maid, a half-werewolf hottie, a sexy high school vampire, a wicked-cute little sister, and a young boy she brought back from the dead. Fighting evil was never this sexy - or this much fun!