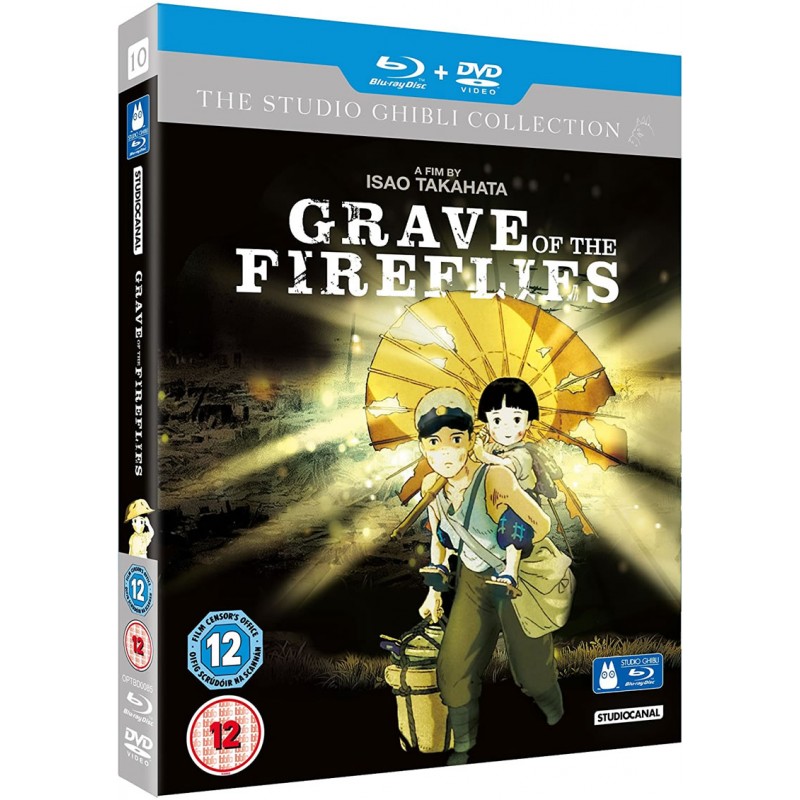 £24.99
£19.99 Save 20%
Label: Studio Canal
Released: June 3rd 2013
Language: English, Japanese
Subtitles: English
Classification: 12
Running Time: 120mins
A Japanese boy of 14 and his 4 year old sister, attempt to seek refuge from the atrocities of World War II in the small city of Kobe. In post-World War II Japan, a janitor finds a metal sweet container beside a deathly ill boy. The janitor tosses the canister into the night, unwittingly beginning a most unusual tale of survival amid war. Brother and sister Seita and Setsuko, flee their disheveled home and deceased parents to make their bid for a new life. Before American troops begin to occupy their country, the children resort to dwelling in an abandoned bomb shelter in the countryside. Though these siblings later get a sense of safety, they realize necessities such as food and water will not be easy to come by. This stunning and emotional film comes from the studio that made SPIRITED AWAY. ...Grave of the Fireflies