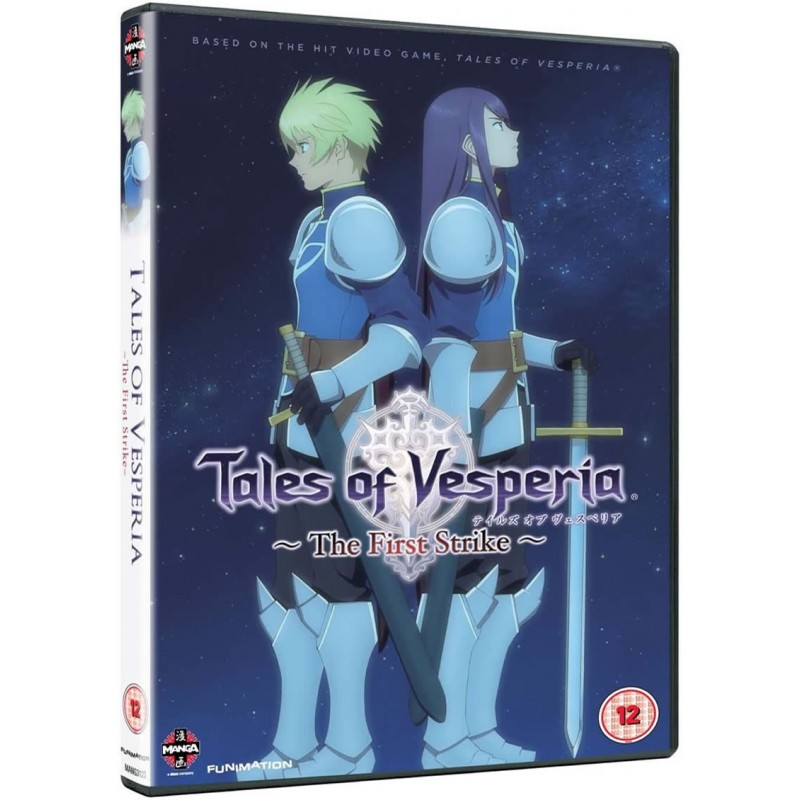 £19.99
£15.99 Save 20%
Publisher: Manga
Released: December 3rd 2012
Classification: 12
Language: English, Japanese
Subtitles: English
Running Time: 110mins
In Tales of Vesperia, in a mythical kingdom, the mighty Imperial Knights harness a magical substance known as Aer to power their weapons and protect humanity from the monsters of the forest. But something strange is afoot; the Aer is somehow changing, causing the wilderness to waste away and stirring the woodland beasts to attack with greater frequency. As danger creeps steadily closer to civilization, two young recruits, Flynn, the rigid son of a fallen hero, and the rebellious and brash Yuri must ride with their fellow Imperial Knights to distant ruins in hopes of uncovering the truth behind the transforming Aer. Some will not survive the thrilling journey. Some will be betrayed. If Flynn and Yuri cannot overcome their differences and learn to fight together, all will be lost for the people of the realm.