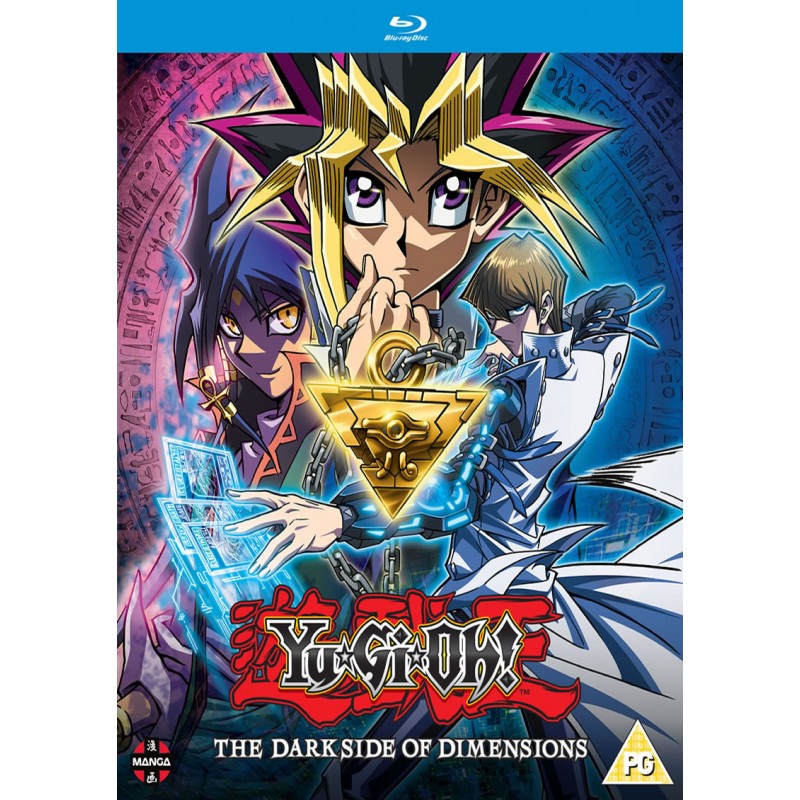 Yu-Gi-Oh! the Movie: Dark Side of Dimensions (PG) Blu-Ray

£15.99
£12.99 Save 18.76%
Publisher: Manga
Released: May 29th 2017
Classification: PG
Language: English, Japanese
Subtitles: English
Running Time: 130mins
Yu-Gi-Oh! The Dark Side of Dimensions is an upcoming 2016 film, slated for release in Japan on April 23, 2016 and at unspecified later dates that year worldwide. The film is an original story and features Yugi Muto and Seto Kaiba as its main characters. The film's story is set after the events of the original manga.

In celebration of the film and twenty years of the franchise in general, TV Tokyo began airing a remastered digital edition of the 2000–2004 Yu-Gi-Oh! Duel Monsters anime in Japan.

The film will take place six months after the events of the manga, where it will feature Yugi Muto & Seto Kaiba in one more game of Duel Monsters to earn their own pride to each other, while facing an unknown threat.