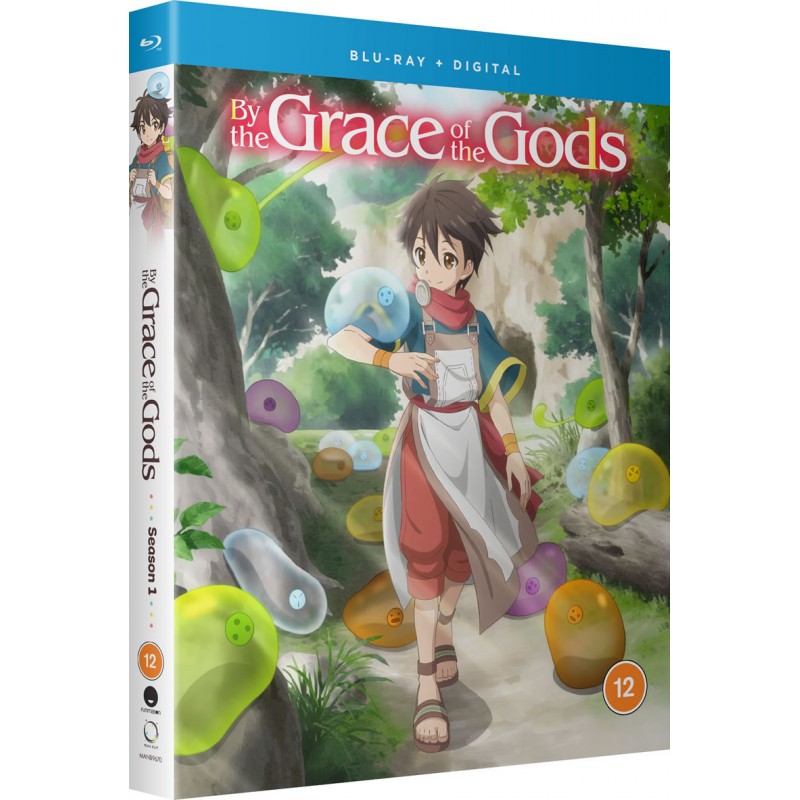 By the Grace of the Gods Season 1 Blu-ray contains episodes 1-12 of the anime directed by Takeyuki Yanase.

After dying in his sleep, Ryoma is reincarnated by three divine beings into a world of magic, where he spends his time researching and caring for slimes. But after healing an injured traveler, Ryoma and his slimes decide to set out and use his power to help others.