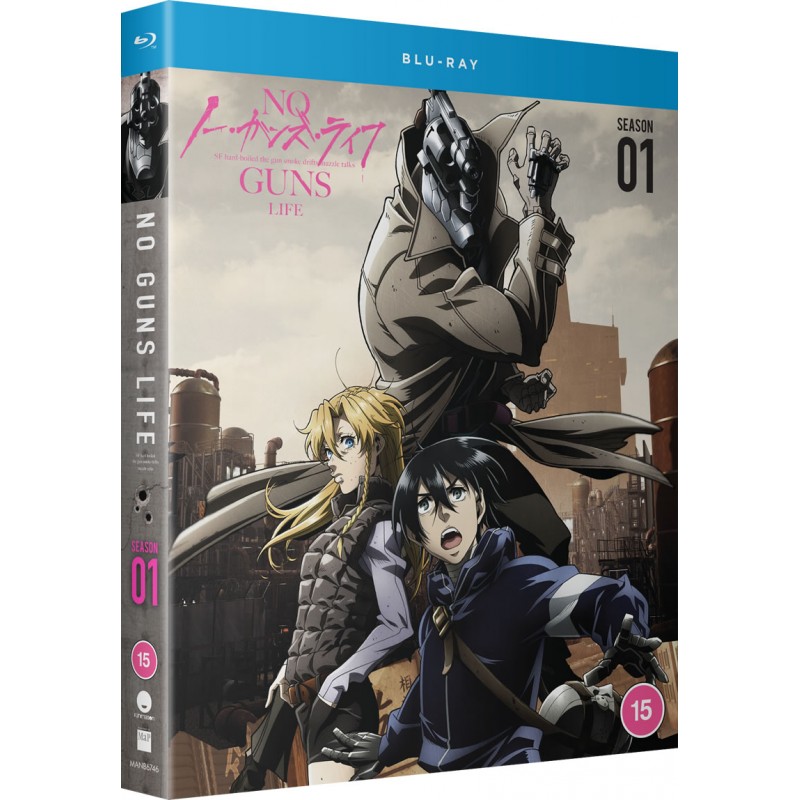 No Guns Life Season 1 contains episodes 1-12 of the anime directed by Naoyuki Itou.

Humans that have altered their bodies are known as the Extended. Juzo Inui, an Over-Extended with a gun for a head and no memory of his past, investigates situations involving other Extended. Soon he discovers a mysterious child whom he must keep away from the megacorporation Berühren.