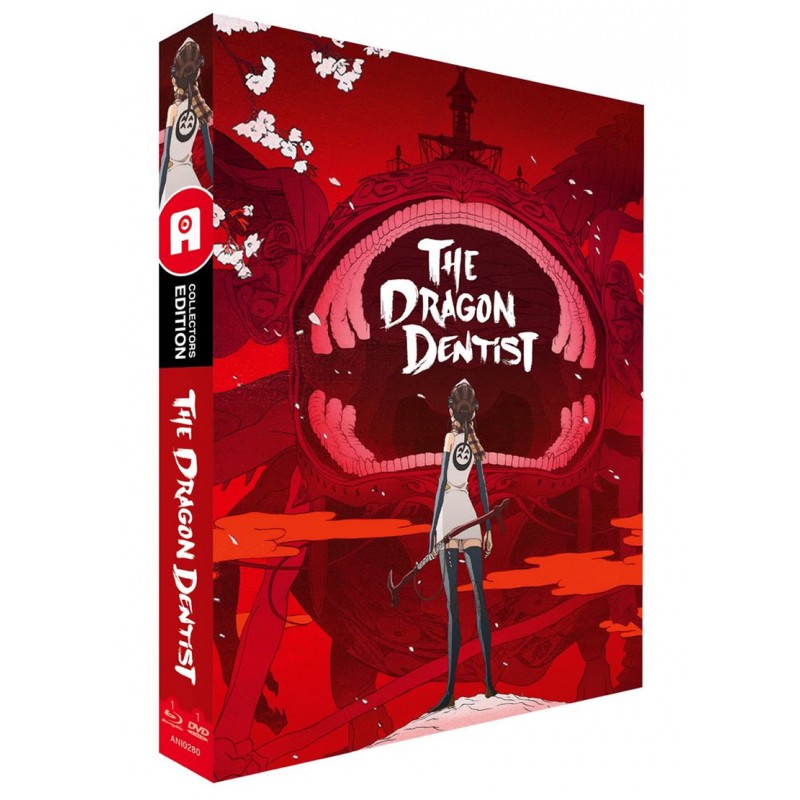 From the studio that brought you Evangelion!

What do you find between a Dragon's Teeth?

Going into war against a dragon takes incredible courage, but even that danger pales in comparison to the hazards of young Nonoko's job. As a Dragon Dentist, she's charged with venturing into the jaws of the country's dragon protector to keep its pearly canines free of plaque, decay, and other debris.

One day, Nonoko discovers an unconscious soldier between her dragon's teeth instead of a cavity, and she finds herself caught up in a series of events that have been foretold to bring disaster to her people!

Get ready for an incredible brush with destiny that leads two young people through the mouth of hell and towards certain doom as the creators of the new EVANGELION feature films unleash an epic unlike anything you've seen before in THE DRAGON DENTIST!

Include the complete 2-part feature with both English and original Japanese with English subtitles viewing options on Blu-ray and DVD.

Comes pack in a rigid case with a digipack to hold the discs. Also included is a poster (34 X 40cm) and a 28-page booklet featuring information about the project released for the first-time in English!