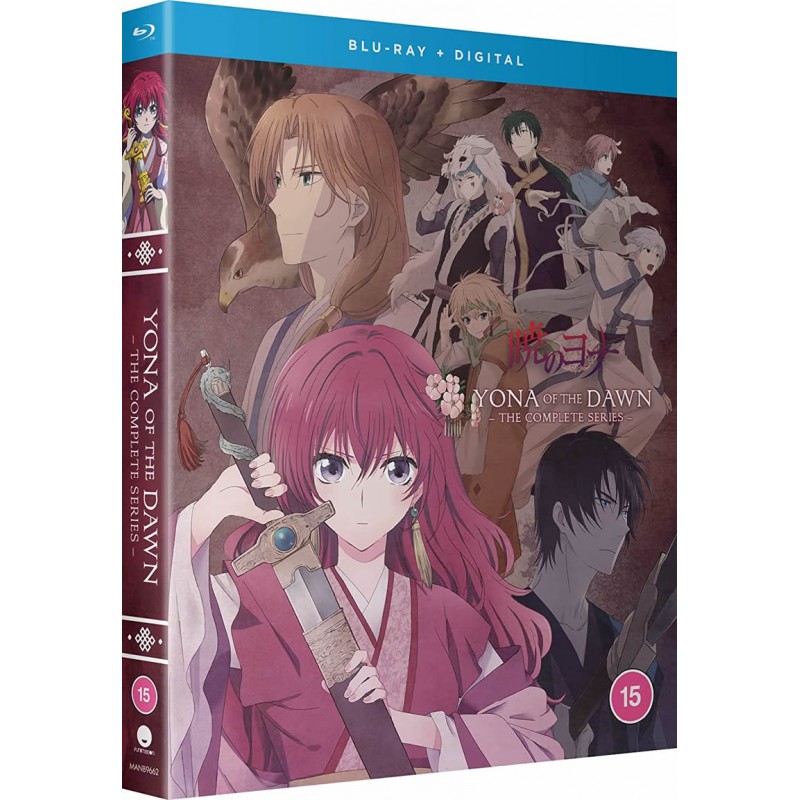 Yona of the Dawn Complete Series contains episodes 1-24 of the anime directed by Kazuhiro Yoneda.

From the studio behind Tokyo Ghoul and Fushigi Yuugi comes the story of Yona—a typical teen despite being the sitting princess of the Kohka Kingdom. On her sixteenth birthday, she stumbles upon her father being brutally murdered by the man she loves. After this tragic discovery, Yona and her bodyguard, Son Hak, embark on a quest to find the legendary Four Dragons who can save her fallen kingdom.