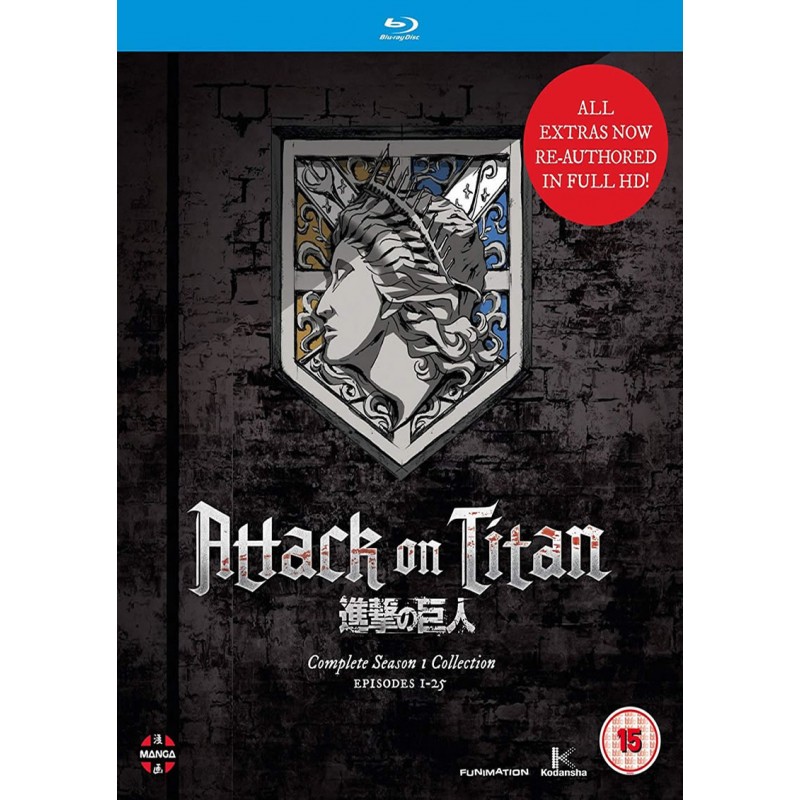 £49.99
£39.99 Save 20%
Publisher: Manga
Released: June 27th 2016
Classification: 15
Language: English, Japanese
Subtitles: English
Running Time: 580mins
When the man-eating giants called Titans first appeared, humans retreated behind massive walls. After a hundred years of safety, a colossal-sized Titan smashes through the defenses, unleashing a flood of giants and carnage in the streets. Eren Jaeger watches helplessly as one of the creatures devours his mother. He vows to kill every Titan walking the earth.