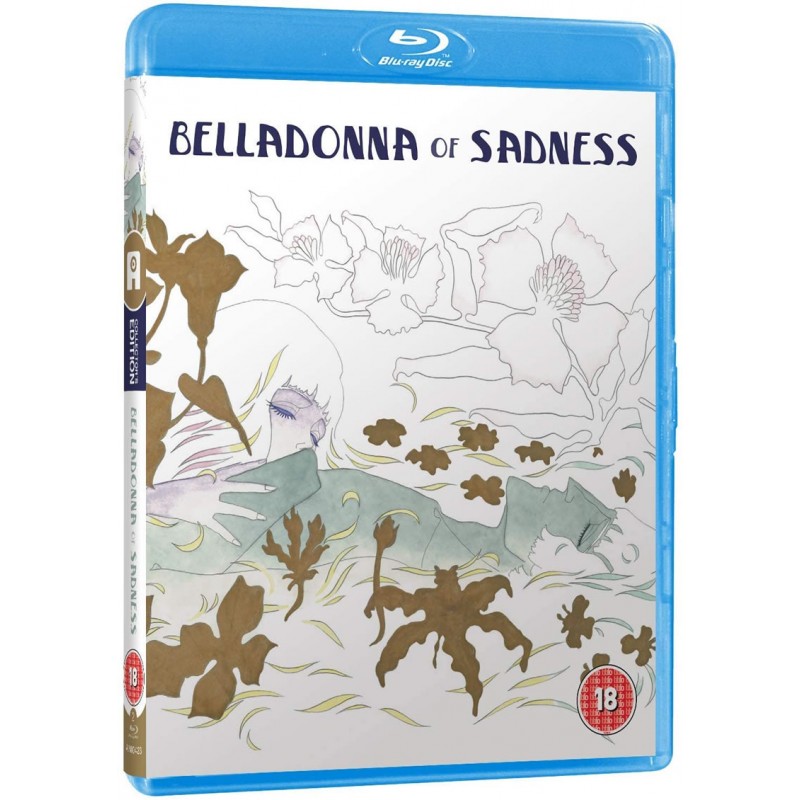 Item temporarily out of stock

One of the great lost masterpieces of Japanese animation, and the last film in the adult-themed Animerama trilogy produced by the godfather of Japanese anime & manga, Osamu Tezuka and directed by his long-time collaborator Eiichi Yamamoto (ASTRO BOY and KIMBA THE WHITE LION), BELLADONNA unfolds as a series of spectacular still watercolor paintings that bleed and twist together. An innocent young woman, Jeanne is raped by the local lord on her wedding night. To take revenge, she makes a pact with the Devil himself who appears as an erotic sprite and transforms her into a black-robed vision of madness and desire.