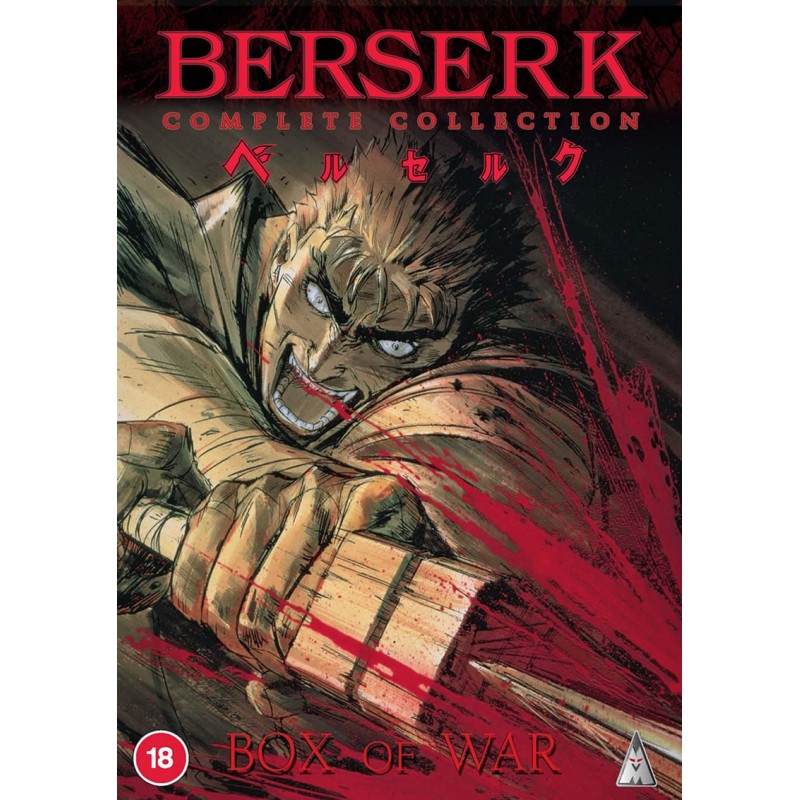 In the castle of Midland, a new king has come to power through treachery and violence. His demonic agents terrorize the citizens relentlessly, until the night when a battle weary soldier known as the Black Swordsman come to destroy them. However, his true motives and unrelenting grudge against the king are buried in the past - when a young mercenary named Guts joined the charismatic, graceful, and deadly Griffith and the Band of the Hawk.

The wheels of fate were set in motion, and between the strength of Guts' anger and Griffith's ambition, the face of their country will never be the same again.

"From its subtle innuendo to its hyper-brutal violence, BERSERK is a journey through the annals of pain, suffering, torment and revenge." - PLAY
"Berserk is an intensely compelling, and brutal piece of anime. It's one of the best character work in an anime television series." - AICN