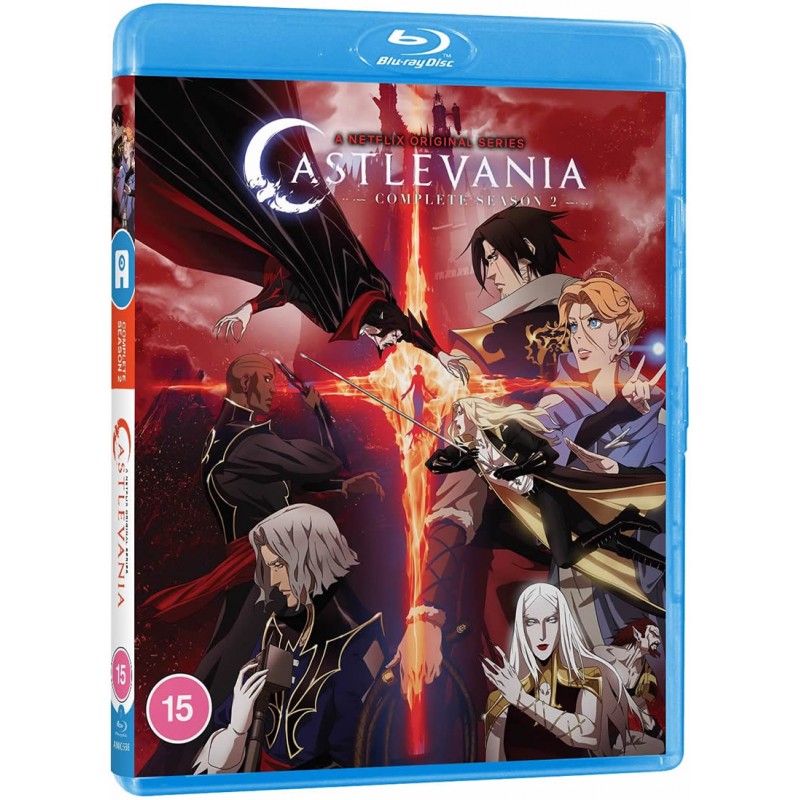 Dracula's war against humanity rages on! After gathering his generals from around the world, a growing unrest in the world of vampires has become clear and it may be Dracula’s human allies, Hector and Isaac, that tip the balance of power amongst the undead. But Trevor, Sypha and Alucard are taking dangerous steps to counter the coming war. The question is, can they survive their gambit…