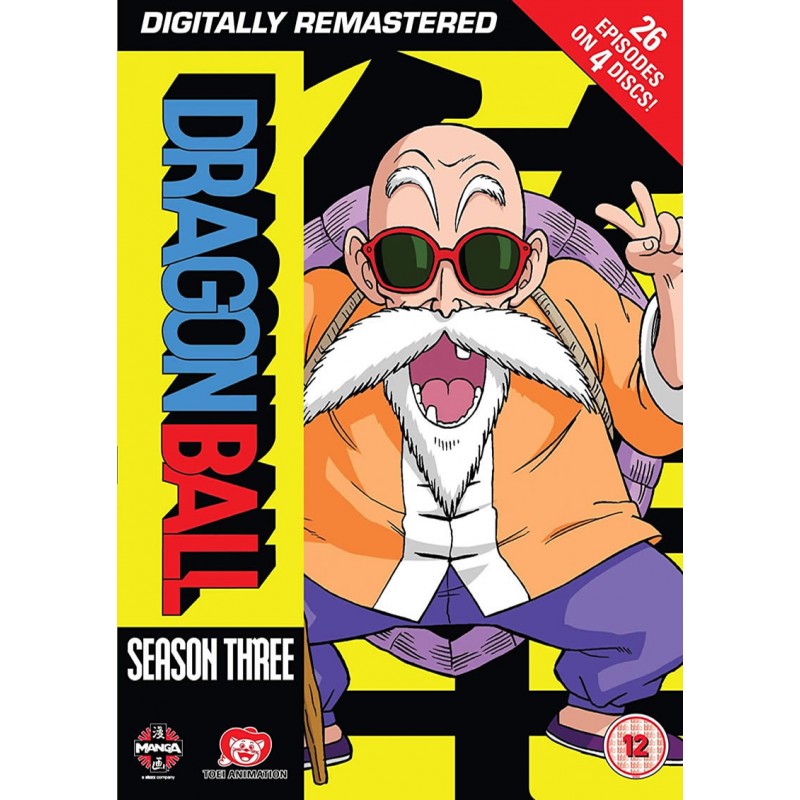 Driven by his promise to a heartbroken young boy, Goku completes his training under Master Korin and prepares for a brutal rematch with Mercenary Tao! These two powerful warriors trade blows in a furious flurry of Dodon Rays and Kamehameha Waves, but that's only the beginning of this adventure.

The Red Ribbon Army continues to cast a dark shadow across the land as they inch ever closer to attaining ultimate power. Only Goku can halt their reign of terror and resurrect a fallen friend, but first he'll have to fight for possession of the seven Dragon Balls!

To complete his quest, Goku must beat a fortune-teller at her own game, slam the door on Demon Land, tame the dread Inoshikacho, and survive a beating from a masked dead man. His journey will be filled with danger, but with each victory, Goku gains the strength needed to emerge victorious from the upcoming World Martial Arts Tournament!