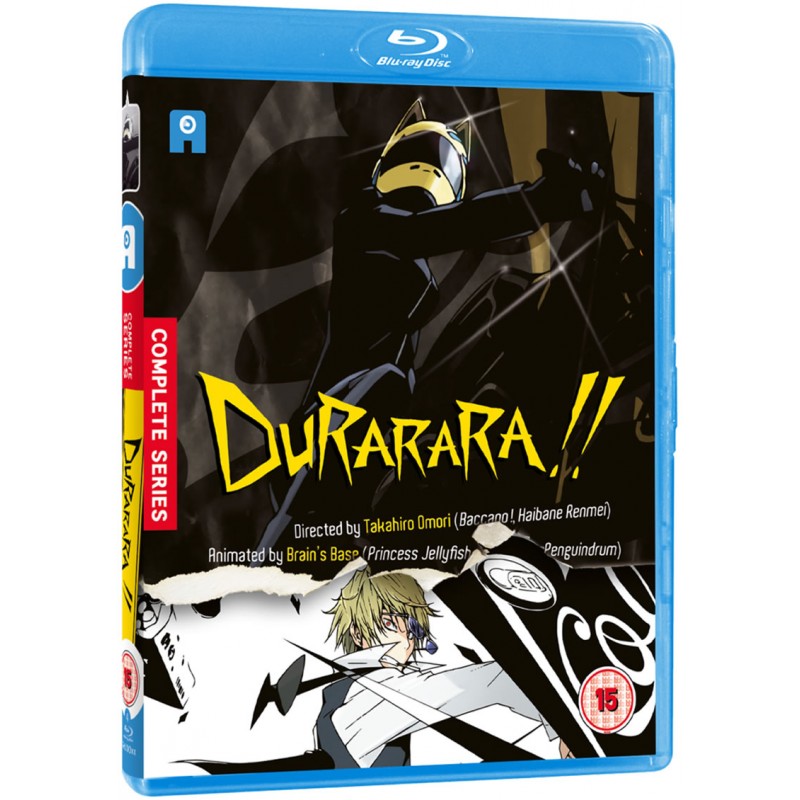 £59.99
£24.99 Save £35.00
Publisher: Anime Ltd
Released: June 8th 2015
Classification: 15
Language: English, Japanese
Subtitles: English
Running Time: 650mins
Ikebukuro, Tokyo. Mikado Ryugamine is a young man who yearns for the city like no other. At the invitation of his childhood friend, Masaomi Kida, he leaves his hometown and enters Raira Academy in Ikebukuro. Masaomi warns Mikado about the mysterious organization of unknown origin known as the "Dollars" and some dangerous people in Ikebukuro to watch out for. In particular: the brawling champion Shizuo Heiwajima and hobbyist information broker Izaya Orihara.

On his first day out in the city, Mikado, remembering another of Masaomi’s stories, sees a jet-black motorcycle being driven by the fabled "Headless Rider." From then on, a series of random attacks and events begins to occur on the streets of Ikebukuro, and a group known as the Yellow Scarves arises as Ikebukuro begins to crumble!