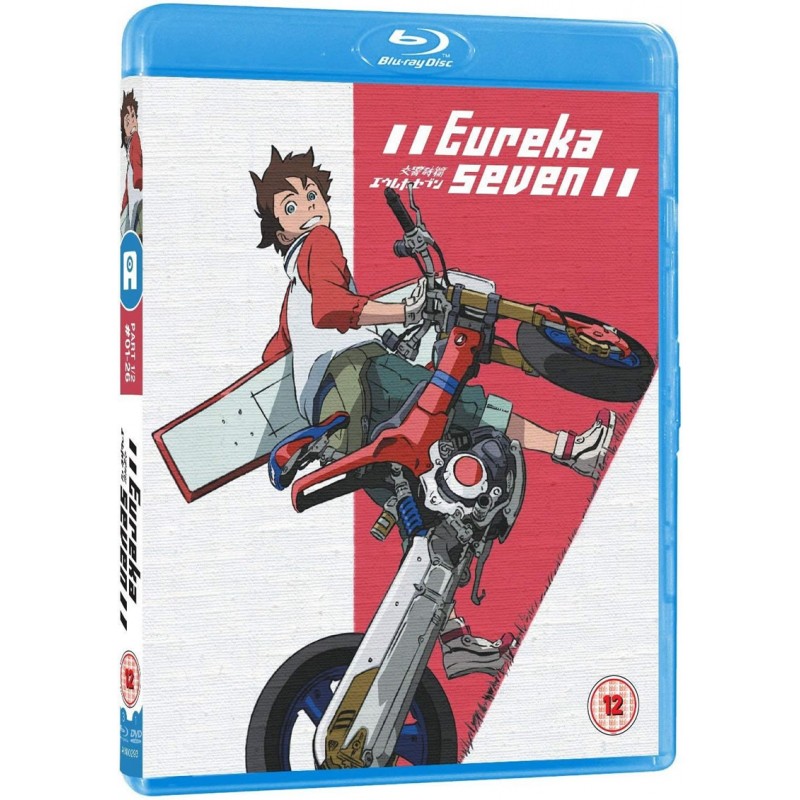 For Renton, every day's the same. Nothing happens, nothing changes. He goes to school, he goes home. The only thing that keeps him happy is lifting on his ref board. Then one day, a giant mecha called an LFO comes crashing down on him - literally. Inside is the most beautiful girl he has ever seen!

The thing is, the girl is on the run from the military with her stolen mecha, and she's brought trouble with her. Renton will have to summon up all his courage to face his childhood hero; get the girl he's hopelessly smitten with to like him; and - oh yeah - live up to the legacy of his father who saved the world. But hey, at least it's not boring anymore.