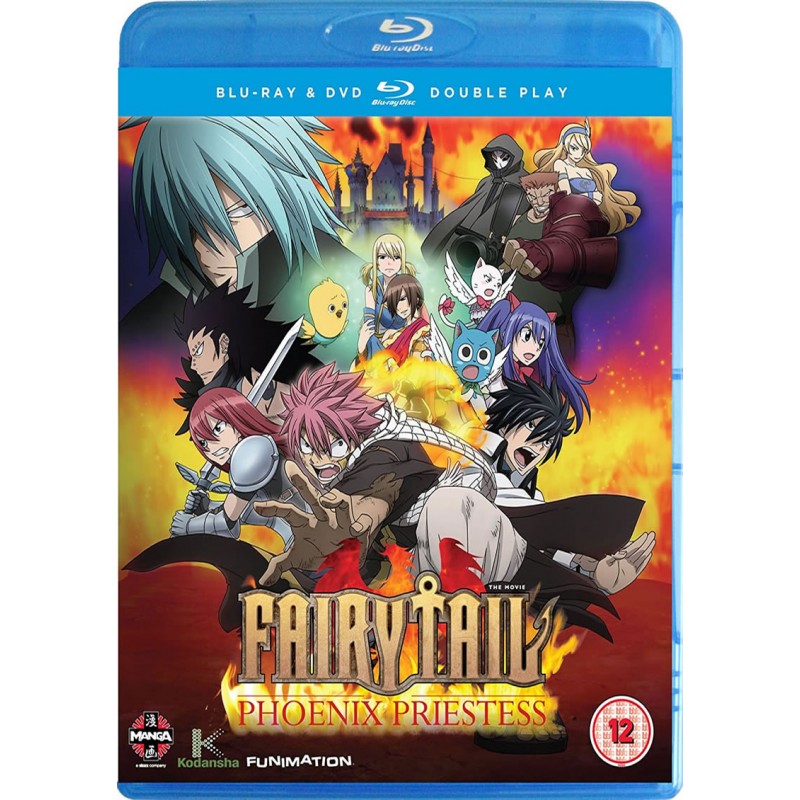 £24.99
£19.99 Save 20%
Publisher: Manga
Released: July 28th 2014
Classification: 12
Language: English, Japanese
Subtitles: English
Running Time: 85mins
Follow Fairy Tail's dream team - Natsu, Gray, Erza, Lucy, Wendy, Happy, and Carla - as they lend a helping hand to a girl with little memory and a grudge against wizards. As they uncover clues about her mysterious past, a lunatic prince hatches a half-baked plan to sacrifice her in exchange for immortality. When the fool unleashes an ancient force, a raging war becomes the fiercest inferno Fairy Tail has ever faced. Can the guild with a heart of gold save the planet from a fiery finish?