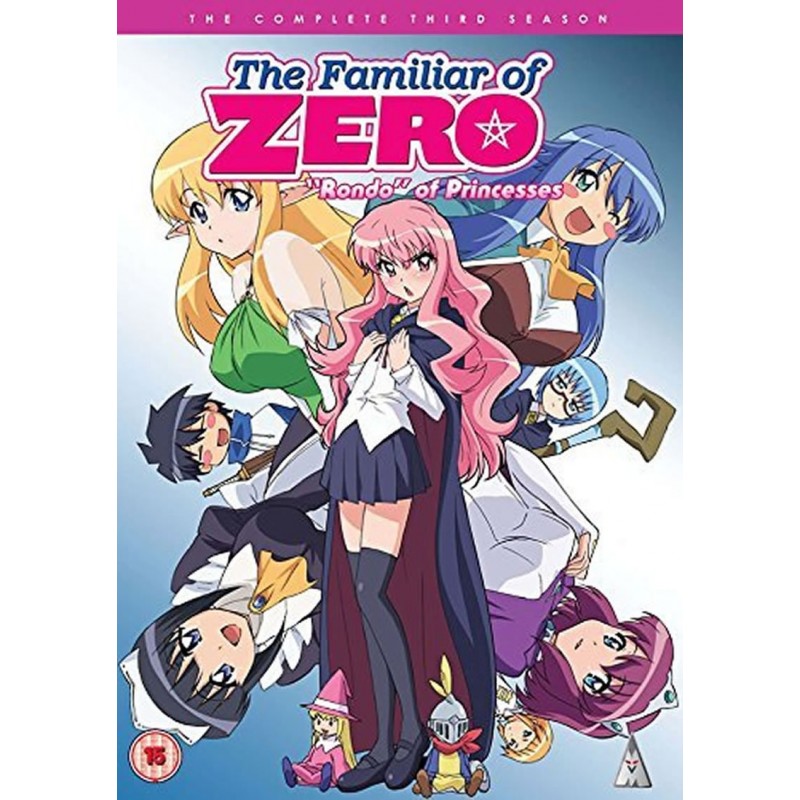 £29.99
£4.99 Save 83.36%
Publisher: MVM
Released: June 22nd 2015
Classification: 15
Language: Japanese
Subtitles: English
Running Time: 300mins
Getting married and then dying would put a damper on most honeymoons, but Saito is made of stouter stuff than most would-be stiffs, and having been miraculously restored to life is a definite improvement over being dead. Unfortunately, as a result of his recent resurrection-al activities, the runes which bound Saito to his master, Louise the Zero, appear to have faded away. But will the fact that he is no longer contractually obligated to be Louise's Familiar lead to the two of them getting more "familiar" now that they've tied a different kind of knot?

If Louise can't learn to control her problems with premature explosions, the answer is probably not. Things only get more complicated when Siesta gets appointed to be Saito's personal maid and everything goes completely out of control when the overly endowed Tiffania, who'd previously nursed Saito back from the dead, implants herself into the story as well! Will this full frontal assault on twin fronts be too much to handle? Will Saito and Louise's relationship get "runed" yet again?