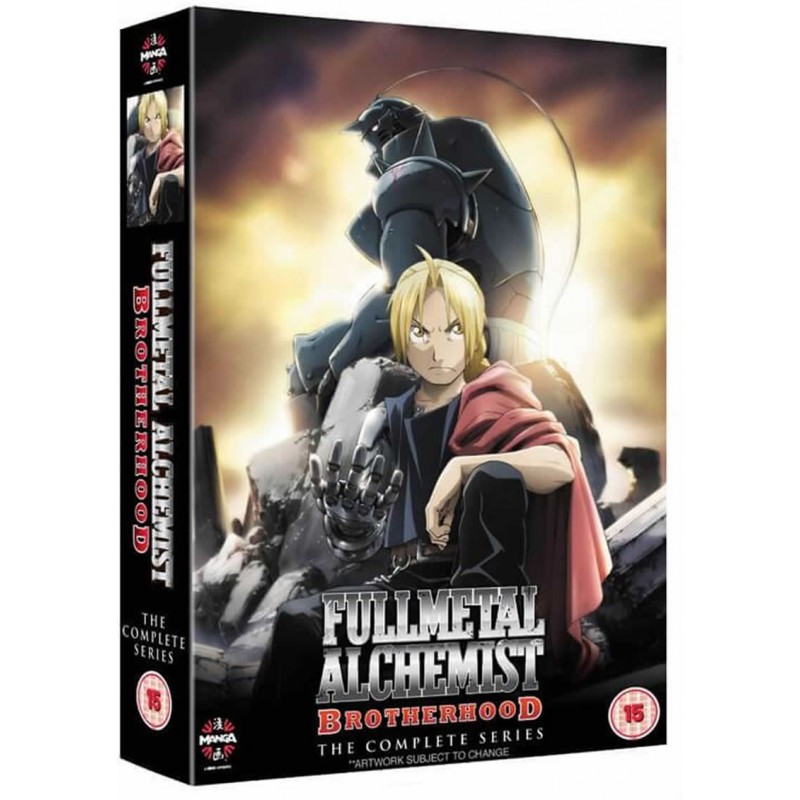 £79.99
£29.99 Save 62.51%
Publisher: Manga
Released: August 13th 2012
Classification: 15
Language: English, Japanese
Subtitles: English
Running Time: 1600mins
Edward and Alphonse Elric's reckless disregard for alchemy's fundamental laws ripped half of Ed's limbs from his body and left Al's soul clinging to a cold suit of armor. To restore what was lost, the brothers scour a war-torn land for the Philosopher's Stone, a fabled relic which grants the ability to perform alchemy in impossible ways.

The Elrics are not alone in their search; the corrupt State Military is also eager to harness the artifact's power. So too are the strange Homunculi and their shadowy creator. The mythical gem lures exotic alchemists from distant kingdoms, scarring some deeply enough to inspire murder. As the Elrics find their course altered by these enemies and allies, their purpose remains unchanged - and their bond unbreakable.