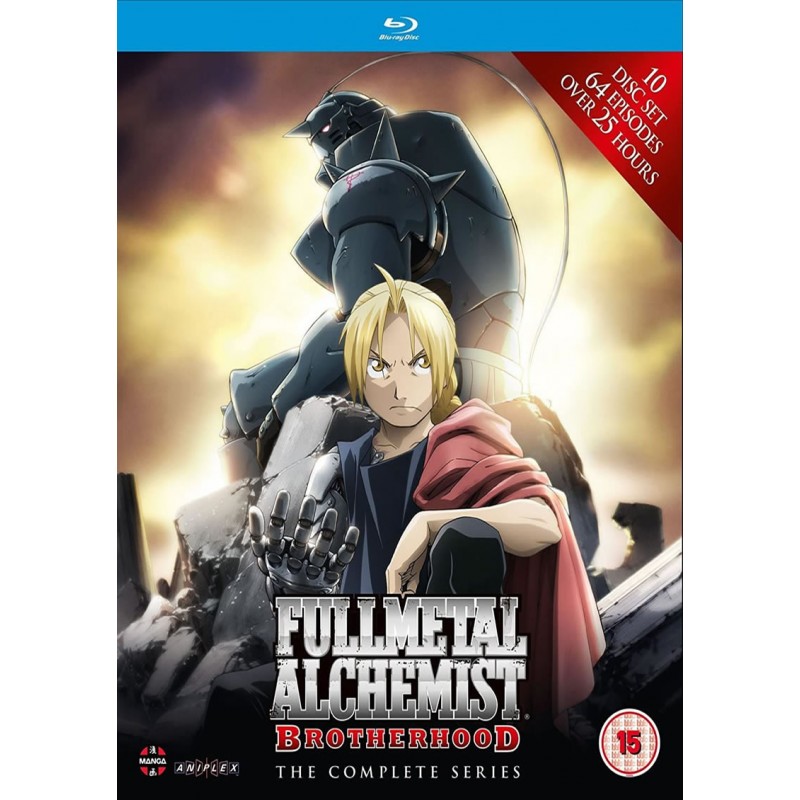 £89.99
£49.99 Save 44.45%
Publisher: Manga
Released: July 24th 2017
Classification: 15
Language: English, Japanese
Subtitles: English
Running Time: 1525mins
Alchemy – the mystic science of transmutation. Gifted alchemists can break down and reconstruct matter using the “Law of Equivalent Exchange,” creating miraculous things. But one taboo can never be broken - human transmutation. The Elric brothers Edward and Alphonse broke the taboo in an attempt to resurrect their late mother and as a result, lost everything. Al’s soul was transferred to a suit of living armor and Ed lost two limbs, confining him to mechanical auto-mail. To recover what they’ve lost they embarked on a journey to find the fabled Philosopher’s Stone. The closer they get to the hidden truth of the Philosopher’s Stone, the deeper they fall under shadowy schemes and the perils of unnatural creatures. The military nation of Amestris, the grudges and hatreds of a persecuted people, and the countless tragedies caused by alchemy all form a dark vortex that will draw people and countries into its void. The Elric brothers forge ahead in their quest to transmute despair into hope …

Contains all 64 epsiodes across 10 Blu-ray discs. Over 25 hours of content.