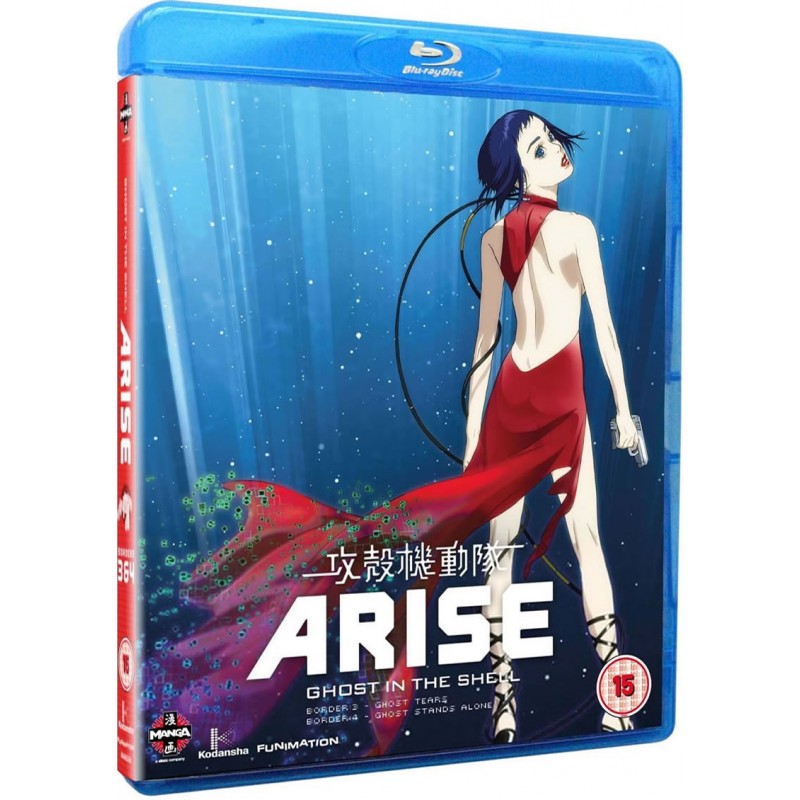 £29.99
£23.99 Save 20%
Publisher: Manga
Released: November 30th 2015
Classification: 15
Language: English, Japanese
Subtitles: English
Running Time: 116mins
Border 3: Ghost Tears
A terrorist bombing and the mysterious death of a detective trigger a deadly investigation involving prosthetic legs and members of a rebel group leftover from an international conflict. When all signs point to a master of cyber warfare known as Fire-Starter, phantoms from the past come back to haunt Major Motoko Kusanagi as she struggles to keep her personal and professional life separate.

Border 4: Ghost Stands Alone
Motoko Kusanagi is closing in on the dangerous hacker who created the false memory virus. After a mass shooting leads to the capture of a key witness, the team finds themselves in a race against the clock to unravel the secrets she's keeping. With enemies appearing all around them and the stakes growing higher by the minute, it's time to find out once and for all: Who is Fire-Starter? And how can they be stopped?