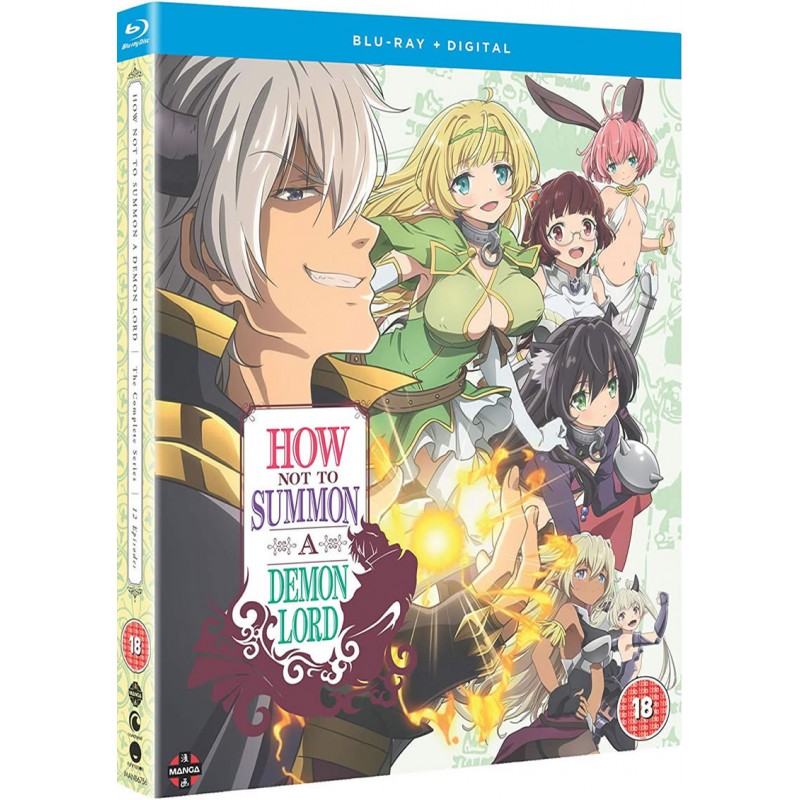 How NOT to Summon a Demon Lord contains Episodes 1-12 of the anime directed by Yūta Murano.

Takuma Sakamoto is famously known as Diablo throughout the MMORPG Cross Reverie. And although he’s a magical prodigy in-game, in reality, he’s a total social outcast. One day, in his video game body, Takuma is summoned to another world by two girls seeking to control him. But when he accidentally reflects their enslavement ritual back at them, the only way to save face is to act how he looks.