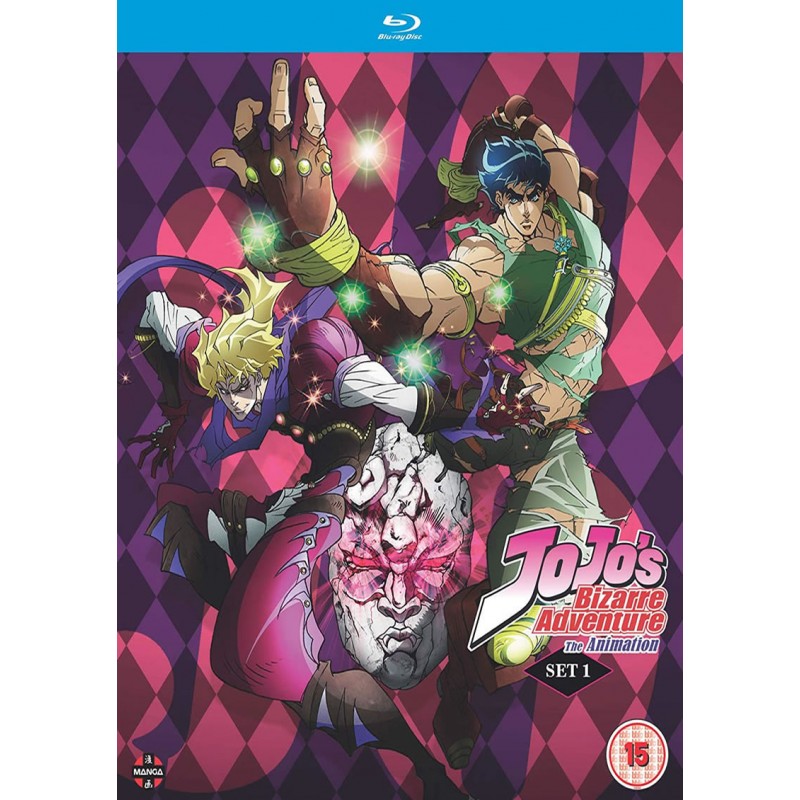 £39.99
£24.99 Save 37.51%
Publisher: Manga
Released: January 13th 2020
Classification: 15
Language: English, Japanese
Subtitles: English
Running Time: 627mins
In the eternal struggle against evil, the saga of the Joestar family is legend! Based on Hirohiko Araki’s groundbreaking manga, JoJo’s Bizarre Adventure follows the Joestars in a multi-generational battle to the death against the forces of darkness.

Set in Victorian England, “Phantom Blood” chronicles the origin of this tale of hope and slaughter. Jonathan Joestar lives a life of aristocratic privilege until his father takes in an orphaned boy named Dio Brando.

Though they are rivals from the first, events turn darker when Dio discovers a mysterious Stone Mask that grants its wearer terrible power—at the cost of a vampiric curse! Jonathan must then realize his own latent powers to defeat his newly immortal brother.

“Battle Tendency,” set decades after “Phantom Blood,” follows Joseph Joestar, the grandson of Jonathan, after he learns a second Stone Mask has been found in Mexico. It now falls on his broad, muscle-bound shoulders to prevent an ancient evil from rising to conquer the Earth!