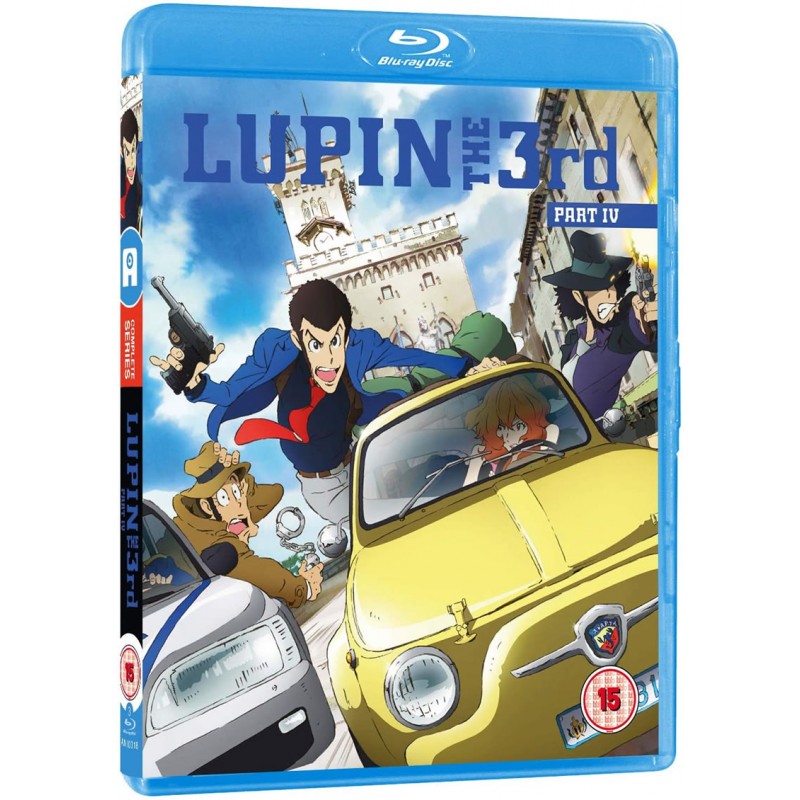 £39.99
£31.99 Save 20%
Publisher: Anime Ltd
Released: June 17th 2019
Classification: 15
Language: English
Subtitles: English
Running Time: 650mins
A beloved classic franchise, LUPIN III (2015) is the first full-fledged Lupin the 3rd series since 1984. The new story takes place in Italy and San Marino, and features a blue-jacketed Lupin in his 20s. Lupin the 3rd follows the escapades and adventures of master thief Arsene Lupin III, a brilliant thief who has been able to carry off heists no one ever thought possible. Although he has been arrested on multiple occasions, he has always managed to escape.

Lupin is the main character in this series which takes place in Italy and San Marino.

Reflecting its setting, the anime debuted in Italy before it aired in Japan. Lupin III fans will note that the titular thief now dons a blue coat, following his earlier appearances in green (first series and some OVAs), red (the second series as well as most films and television specials) and pink (third series).