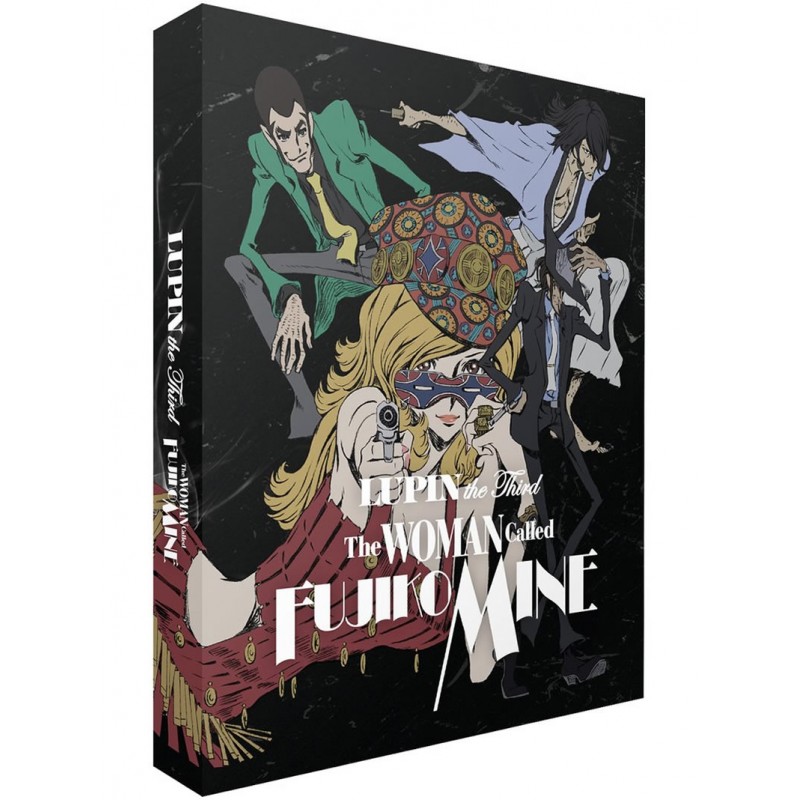 Comes packed in a rigid case with a digipack to hold the two discs. Also included is a 36 page art booklet

Lupin the 3rd: The Woman Called Fujiko Mine contains episodes 1-12 of the anime directed by Sayo Yamamoto.

She's a thief. A killer. A saint and a scandal. She's whatever you need her to be to get the job done. After sizing you up with one sinful glance, she disarms you with a touch. You're powerless to resist. She's walking seduction, with an insatiable itch for the priceless and a fetish for mischief. She takes your breath away to get what she wants. She takes everything else just because she can. And when she finally meets the master thief known as Lupin, will this be a star-crossed rivalry or a bloody betrayal? It's all in a night's work for the woman called Fujiko Mine.