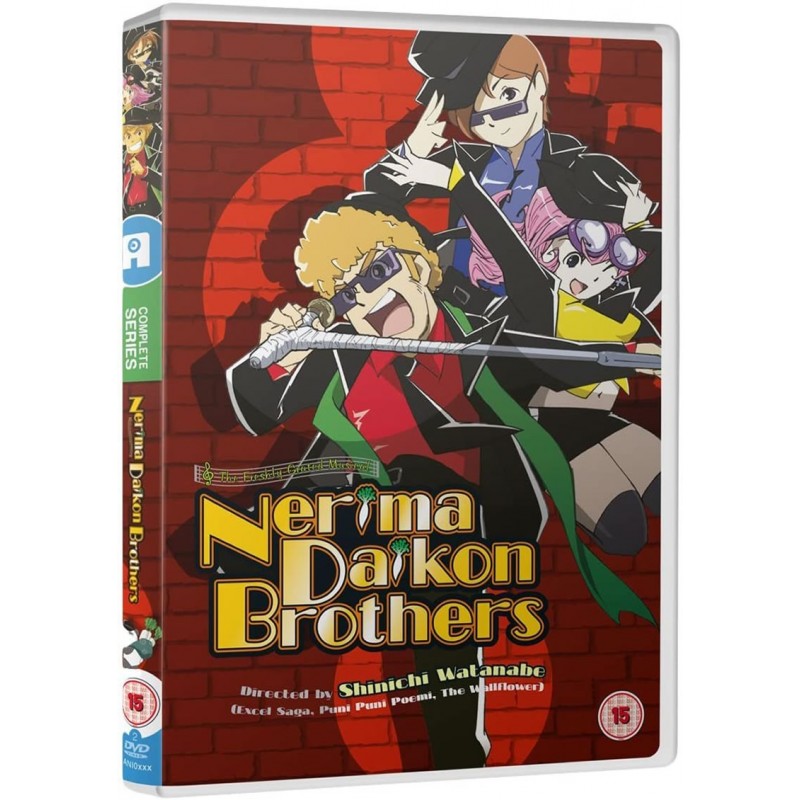 £39.99
£31.99 Save 20%
Publisher: Anime Ltd
Released: December 26th 2016
Classification: 15
Language: English, Japanese
Subtitles: English
Running Time: 300mins
What's a band to do with no fame and especially no sold-out arena to perform in? How can they grab the cash they need to build the Concert Dome of their DREAMS?! Well they can't. But the NERIMA DAIKON BROTHERS sure as hell are going to try! WATCH as Hideki Ichiro and Mako (yeah one of them's a chick!) farm daikon by day and battle slimy record producers, pachinko-mad hags, monstrous nurses, flatulent hospital administrators and hot police babes by night. LISTEN as the band AND the evil villains sing hilarious songs all along the bumpy daikon-studded road! TUNE IN AND SEE!!! (What's daikon? Is it a vegetable? Is it a fruit? A weapon? A girl's best friend? All of the above?! )