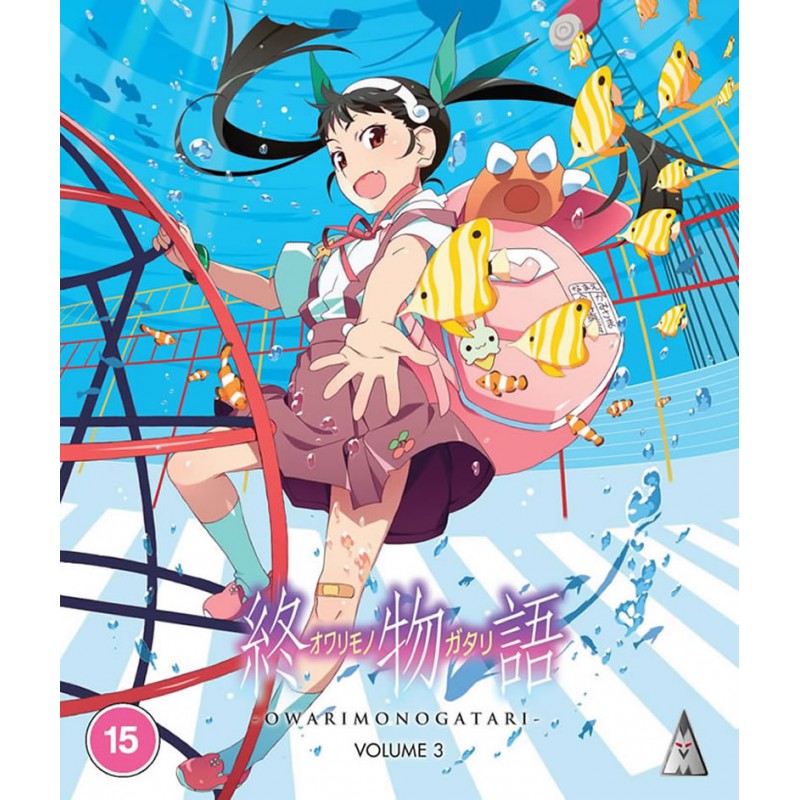 "About how I, Koyomi Araragi, am going to end... and begin. That's this story"

Koyomi wakes up to see Mayoi Hachikuji before him, the girl who supposedly had gone to the afterlife. She tells Koyomi that they are currently in Avichi, the lowest levels of hell. Koyomi is dubious of how Mayoi knew about the exact timing of his death and which hell he would drop into, when Mayoi tells him that she was there to pick him up by the request of a certain individual.