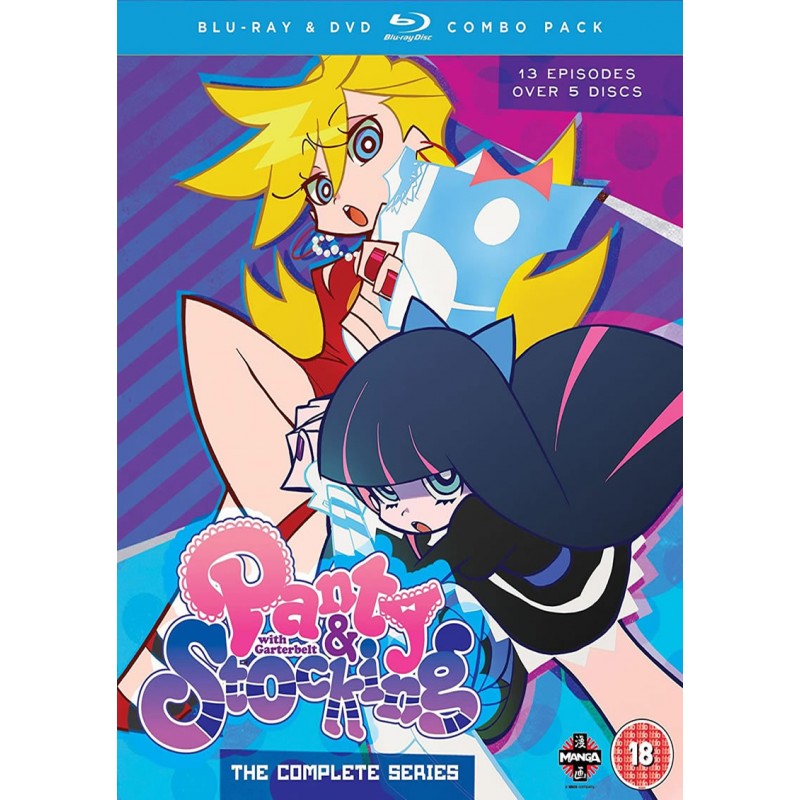 £39.99
£31.99 Save 20%
Publisher: Manga
Released: June 24th 2013
Classification: 18
Language: English, Japanese
Subtitles: English
Running Time: 325mins
The Anarchy Sisters Panty and Stocking are two nasty angels who got booted from the pearly gates for being foul-mouthed bitches! Now they spend their days blowing up ghosts in the lecherous abyss between Heaven and Earth. Panty likes sex, Stocking likes sweets, their afro-sporting main man Garter Belt has a fetish we can't mention. Together, they're keeping the streets free of bodily fluids. Ghosts don't have a prayer against their panty pistols and stocking swords, and if this debaucherous duo can collect enough Heaven Coins, they just might get their halos back. They've got a slim chance in hell, but rolling commando is the best way to get lucky - especially with Panty and Stocking!