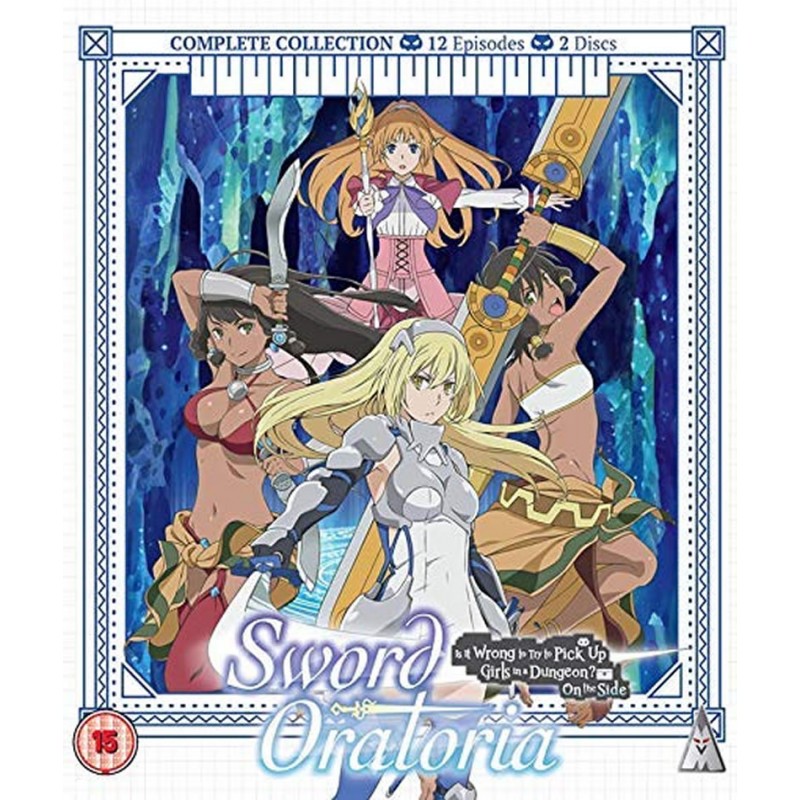 Sword Oratoria: Is It Wrong To Try To Pick Up Girls In A Dungeon? On The Side Collection (15) Blu-Ray

Contrary to what the adventures of Bell and the Goddess Hestia might imply, not everyone goes into the dungeon of Orario to pick up girls. The veterans of the Goddess Loki's Familia have lots of reasons for risking life and limb facing the monsters and mayhem lurking within the deadly labyrinth's multiple levels, but new member and mage Lefiya just wants to prove that she's worthy to be on the same team as her hero, the famed sword princess Aiz Wallenstein.

As for Aiz herself, she's seeking something that no one else even suspects, and she may find it when trouble comes after her from the previously unreached 59th level! If you thought you knew the Danmachi universe, be prepared to think again as the adventure continues from an all-new point of view!