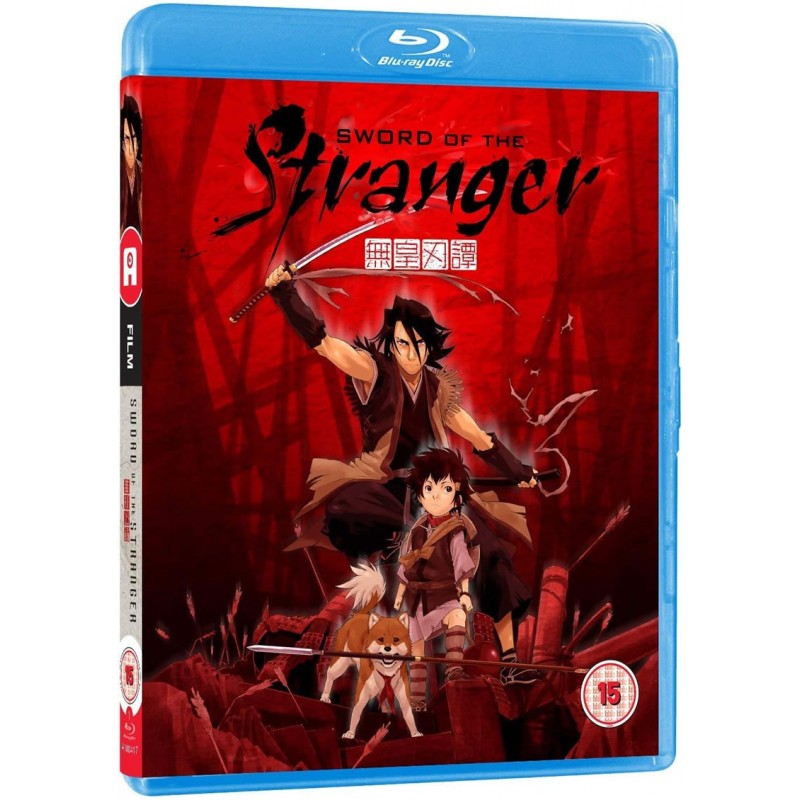 Sword of the Stranger (15) Blu-Ray

£19.99
£15.99 Save 20%
Publisher: Anime Limited
Released: July 23rd 2018
Classification: 15
Language: English, Japanese
Subtitles: English
Running Time: 103mins
With breathtaking animation that keeps you at the edge of your seat, Sword of the Stranger is a classic tale from Studio BONES is a hidden gem of its time.

Set in feudal-era Japan, a young boy named Kotaro and his faithful dog Tobimaru are caught in the turmoil of a grim prophecy. At the request of the Ming Dynasty's aging emperor, the boy is pursued by a band of formidable Chinese assassins. After escaping the destruction of the temple that took him in, he runs into No Name, a mysterious stranger who gets pulled into the chase.

When Kotaro's dog is poisoned, No Name reluctantly accepts payment to escort them to a temple in Shirato. The unlikely companions form a bond over saving Tobimaru's life, but unrest is brewing all around them. The Chinese assassins clash with the local lord as they build a religious tower, and a blond-haired, bloodthirsty swordsman among them seeks a worthy opponent. Chaos erupts when the assassins find Kotaro, and No Name must face his past before a horrible fate is met again.