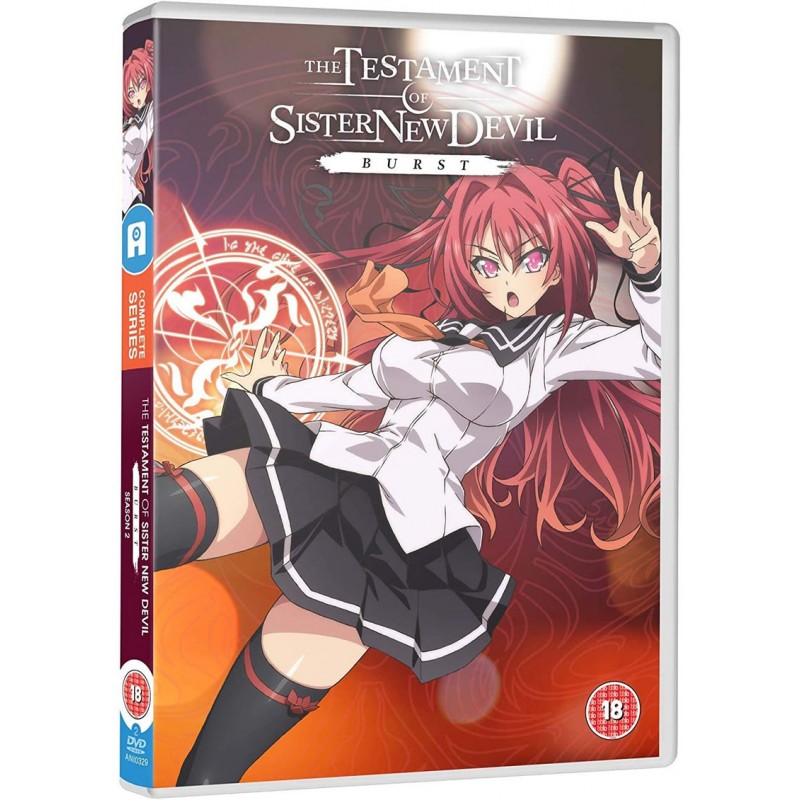 £29.99
£23.99 Save 20%
Publisher: Anime Limited
Released: October 29th 2018
Classification: 18
Language: English, Japanese
Subtitles: English
Running Time: 250mins
After two demon girls, Maria the succubus and Mio the demoness, force Basara into a contract that makes him their master, the trio form a complicated master-servant relationship. Basara is the last descendant of a demon-fighting hero clan, but as master of two demon girls, he finds himself defending them instead of fighting them.

While Basara, Mio, and Yuki have picked up their seemingly ordinary lives, they are attacked by magic-wielding humans while preparing for the upcoming sports event. Basara tries to become stronger by strengthening the testament when Rukia, Maria’s sister, suddenly appears. Unknowingly, the war deciding the future of the demon realm has begun.