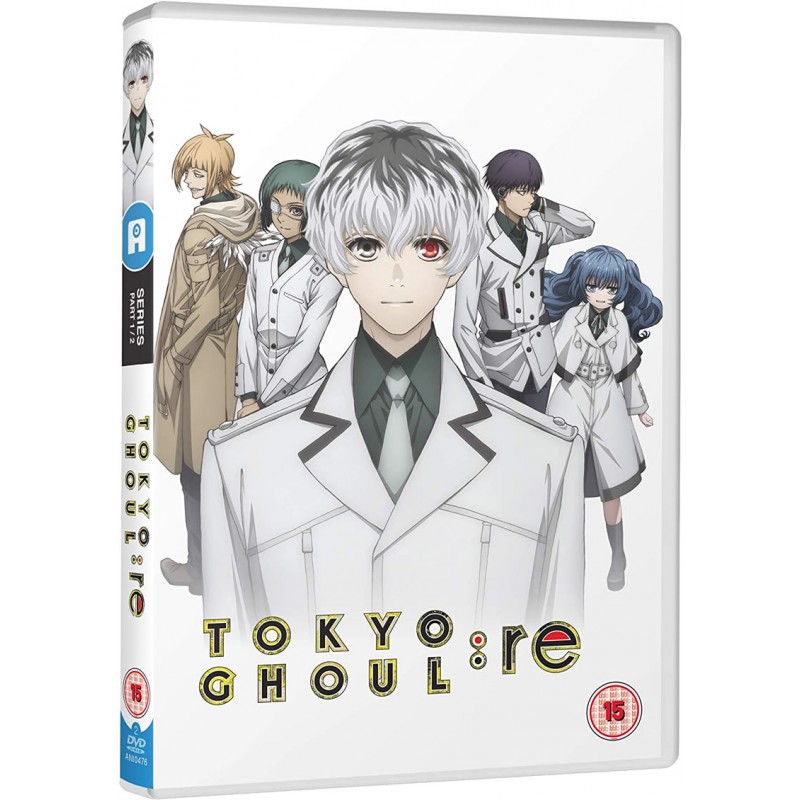 £29.99
£23.99 Save 20%
Publisher: Anime Limited
Released: January 13th 2020
Classification: 15
Language: English, Japanese
Subtitles: English
Running Time: 300mins
Two years have passed since the CCG carried out their raid on Anteiku, marking an unmistakable change to the atmosphere across Tokyo as a result of this show of strength. However, rather than eradicating ghouls, the city's supernatural denizens have simply become more cautious in going about their lives, while terrorist organisation Aogiri Tree seeks to grow in strength with the aim of rising to combat the CCG’s growing threat to the very existence of ghouls.

In a final push to investigate and exterminate Tokyo’s unwanted elements, the CCG has created a special unit - the Quinx Squad, an unruly team of humans who use the special abilities of ghouls to fight. At the head of this squad is an oddly familiar face: Haise Sasaki, a young man struggling with both a new identity and the difficult nature of his new teammates. It's a problem made all the more difficult as his investigations begin to stir long-lost memories that could change everything for him...