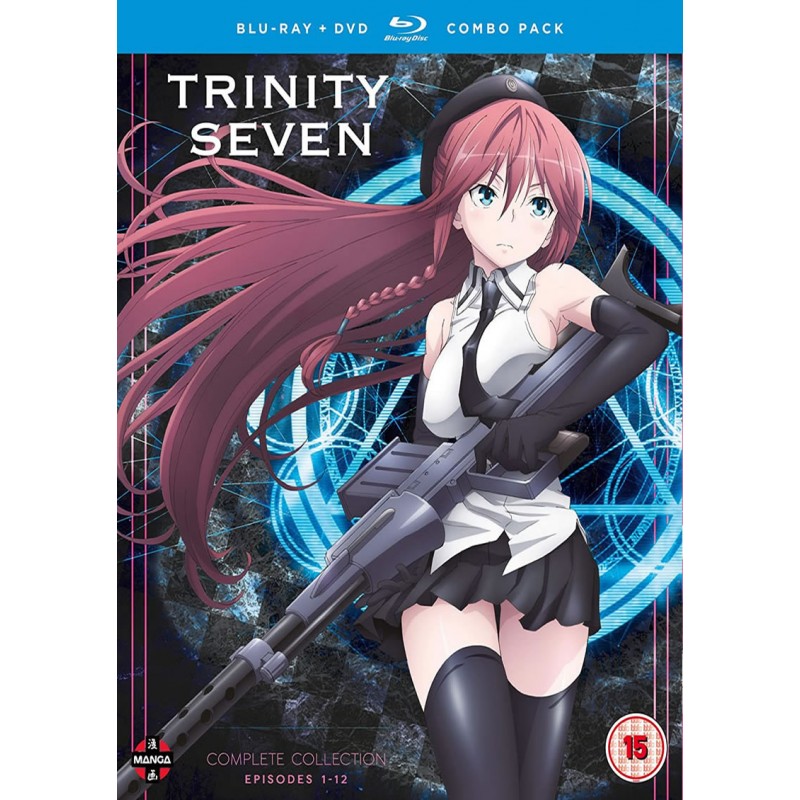 Things have been looking sunny for Arata Kasuga lately. Unfortunately it's been the wrong sun in the sky, and the mysterious Breakdown Phenomenon that accompanied it destroyed his town and stole his beloved cousin Hiijiri, leaving Arata in a fantasy world of his own creation! There's still a chance to save her, however, as the appearance of the Black Sun also revealed Arata's potential abilities as a mage, placing him in the powerful Demon Lord class.

But first, since Arata and his newfound magical talents are far too dangerous to leave to their own devices, he's immediately whisked off to the Royal Biblia Academy. That's where he'll meet seven beautiful female mages whose powers are intrinsically tied to the same sins that Arata has to master to put his world back together. Of course, the tricky part is that they have their own plans for him as well! The lessons in sin are about to begin as Arata takes on the Trinity Seven!