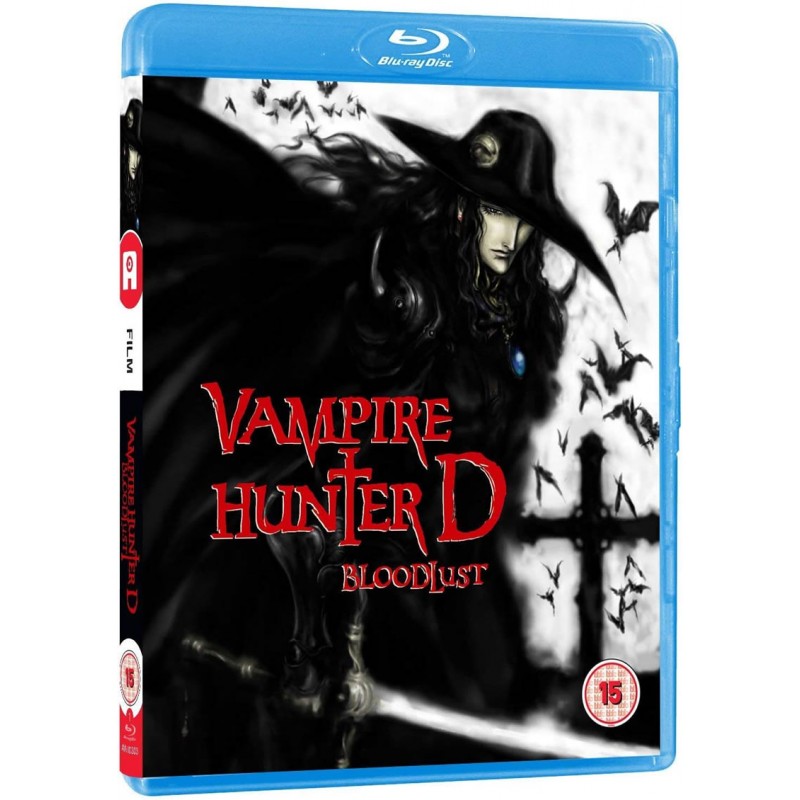 The enigmatic Vampire Hunter known only as D has been hired to track down Meier Link, a notoriously powerful vampire who has abducted a human woman named Charlotte Elbourne. D’s orders are strict – find Charlotte, at any cost.

For the first time D faces serious competition. The Markus Brothers, a family of Vampire Hunters, have been hired for the same bounty. D must intercept Meier and conquer hostile forces on all sides in a deadly race against time. Despised by Vampires for his profession and by Humans for the blood in his veins, D relentlessly pursues his prey, little expecting where his journey will ultimately take him, as long buried secrets resurface once more.Publisher: Anime Limited
Released: July 16th 2018
Classification: 15
Language: English
Subtitles: English
Running Time: 101mins